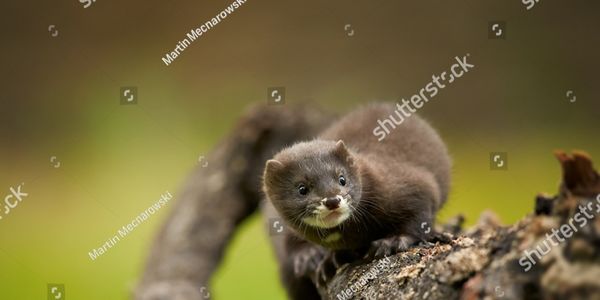 Stop All Minkfarms in Denmark Now In 2019

Stop All Minkfarms in Denmark now in 2019

Stop Minkfarms in Denmark Stop a and a Total Stop to Brutal Conditions for minks must be stopped and forbidden these death camps on immidiate notice
In Denmark these death "farms" camps for minks using minks is not following the EU-council demands and directives which none of these death machinery "camps" murdering the minks will never do!

According to reports from the German Veterinary Office, the minks were taken away from the farm of horror and this animal hell finally got closed. Many thanks for the numerous signatures and the support I could get from the many animal loving people."

Stop All minksfarms in Denmark now
don´t be lured and fooled by fancy words and lying around this killing machinery for fur that sounds as if they had reasoning enough,
actually they DO NOT have reasoning, truth and logic!

LINK sign here-> To A TOTAL Stop of farms with FUR-animals by Djurens Rätt
(#Update we work on it from Day 1 and send all this via Länsstyrelser and Riksdag (Parliament) Sweden and good news is Malaysia forbid palmoil it means animals can be in their habitat in forests rain forest areas and so should all animals minks especially after decades of brutal torture and must be forbidden the last fur expoiting is falling and will fall the last one in Germany and forbidden in NL, Austria and Californa is in making a bill (law) forbid all fur so does New York State and leave all fur animals alone for eternity)

They will have a demonstration again in Copenhagen in August 2019 concerning the fur "industry" and people try constantly help those minks to let them free set them free we must set them free by signing this petition in all ways they can it has no support in people opinion nowhere either, nowhere!
There are reports and measuring of peoples opinion but they keep their death camps for minks just for the profit because they export fur to China, first and foremost, since market is a non-etchical one in Europe and USA and etc areas so it means that China etc far east etc are biggest abusers but they will be stopped since there also will be a Un declaration for animal welfare created soon not even far way in future, nowadays too there are laws but they are certainly not followed either and they never will, but they will keep doing this anyhow since they can profit as long as someone can profit they keep it up! That´s why they keep and kept fur animals and hunt on fur animals all our furry friends they kill murder and use brutal methods torture without blinking not even swallowing! Also the same is China they do this for fur from all animals angora, cats, dogs all fur-animals they can misuse etc minks etc so it menas they lower and are a going to be degraded for non-ethics, non-quality, these that will take any measure to make money of fur from all our poor animal-fur friends

Many countries started to forbid and ban fur and sales and the rest must fall and be forced to stop, many countries in EU since also 2007 the EU-council to stop fur "farming" it´s the exact same methods all over they use to breed a female mink to get minks "kids" and let them stay in miserable conditions with illnesses and encarcerated against their free will so we must animal advocate and speak up for a fair just justification FOR these poor creatures on and all over the planet too, they must and feel the need and lust/gluttony to kill minks after about they are 1/2 year and then they gas these minks after have harassed the animal mink that likes to swim and catch fish and the minks should never be condemned to hostility, cruelty, abuse in the worst grade of abuse and these abusrérs will and must be put away and into jail/prison
the fur has no trade almost no fashion market, cat walks have them abolished almost directly from the -70s and the grounds of where the leftovers of chemicals so called farms have been, there are evidences to that ground is poisoned areas with DDT too and many chemicals especially after the 1950s, this by proof, real evidence all reports all investigastions are true and they are 100% correct these investigations. The only reason these murderers kill/murder any animal is they can and is for fur that they export this fur and that should go for all fur animals that is the illegal trade actually "trade" with that they earn money/profit from these now innocent now and hope not no future murdered minks murdered are minks and fur animals before these exact brutal methods are used on fox and chinchilla and all fur animals in the wild all hunters can actually keep fur and they don´t care about the rest that is they don´t care for no animals they degrade them and don´t value no animals they are just after the fur, the profit. There are some few fur auctions (on fur) around the world , global too, for instance one in Copenhagen Denmark (DK) Denmark is one country that really don´t care for animal welfare and there are many reports, there are activists and some from Denmark and Sweden will have a demonstration for all our fur friends again in Copenhagen, DK, AGAINST minkfarms and furtrade in august 2019, planned,and they will but now minkfarms must be closed in many countries too they found out it´s never and NOT in accordance at all concering European Council in the 2000´s, none of them is in accordance and never was and never will be all of them treat and mistreat these the fur beautiful animals, minks, as in getting away with brutal murder for a profit they live and gluttony off which is a certain fact Denmark is not an exception and no more a popular country anymore concerning health and animal welfare they are brutal, many countries EU governments has had to close all minkfarms and fur farming (NL) Netherlands, Norway, Austria and etc so on, many, many farms has closed only because they were forbidden, and have no market and they can´t get the money they were are after and desire only, they have all methods only to brutally to kill all fur animals especially they have tiny cages the chinchilla fur is forbidden not all over yet either but it must be via EU, EU council etc governing and laws they never follow any and no laws these fur "traders" none of them no where it will and must be forbidden stopped and banned and then also a ban must be made like now in 2019 that New York State. US and California, US that ban fur. UK has forbidden fur and fur farming fur at least minkfarms and maybe still keep hunting down foxes illegal many too in UK and PETA and Stella McCartney never use via PETA fur, silk, leather and skin from NO animals no fur etc so on examples also Roger Moore, the Bond character, in the Bond Movies work FOR animals and against mistreating animals in any way! We can do this, we will together make this and then send it to the government/governors in Denmark! Sign This petition save their, the minks lives once and for all! Thank You for you cooperation! Comments in citation from Netherlands; "Denmark stop all your FUR FARM IMMEDIATELY!! IT IS ANIMAL ABUSE AND FUR IS NOT NEEDED IN THIS MODERN WORLD!!!!!!" And comment from Azerbaijan; "help animals"

Care2
Stop All Minkfarms in Denmark Now In 2019
SHARETWEET