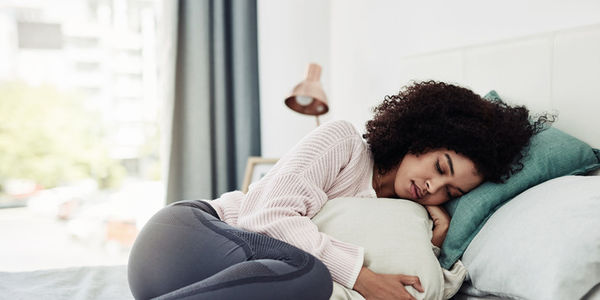 Abortions via pill are safe and effective, yet the FDA makes it nearly impossible to access

The newly Trump-packed Supreme Court just made its first move in hindering a pregnant person's right to bodily autonomy and choice.

Over the summer, a federal judge ruled that an in-person visit should not be required in order to get an abortion pill, which can be used to terminate a pregnancy up to 10 weeks. Research has shown the pill is incredibly safe, and using it at home is key to reducing the possible risk of going to a medical facility in-person during a pandemic that has killed 400,000 Americans so far. But the Supreme Court reversed this decision, making it impossible for a pregnant person seeking a medication abortion to obtain their medicine through a "retail [or] mail-order pharmacy."

But the Supreme Court's decision was actually based on another government agency's advice and policy -- the Food and Drug Administration (FDA). This agency has restricted access to the abortion pill for the entire 20 years it has been available in the U.S. even though it has a "better safety record than penicillin and Viagra."

Sign the petition and demand that the FDA remove the unnecessary, completely unfounded restrictions on the abortion pill Mifeprex and tell the truth about its scientifically-proven stellar safety record.

People who live in rural communities, hours away from medical facilities, or in poverty will suffer the most from this ruling. This has always been the case with abortion politics -- those with resources will always be able to get an abortion, no matter the laws. What we need are equitable abortion policies. Everyone deserves equal reproductive rights.

Since its approval in 2000, Mifeprex (paired with a second, far less regulated medication, Misoprostol) has helped over 4 million people terminate an early pregnancy in the U.S. Data from the FDA itself proves that there have been zero deaths in that group that can be directly linked to Mifeprex. Under 1 percent of patients experience side effects serious enough for medical intervention. Yet you can't get a prescription for it in the U.S.

Compare that to the 1,824 Viagra-related deaths one study found between 1998 and 2007; yet Viagra is available at any pharmacy with a prescription. Or compare it to the 15,000 known opioid overdoses in 2018 alone. That number is only those deaths related to opioids obtained through prescriptions.

It doesn't take looking at these numbers for too long to understand that the FDA's strict regulations around Mifeprex were never about safety. Even before the pandemic, the lockdown on Mifeprex has been about forcing pregnant people to remain pregnant. But now that going out in the world is itself a matter of life or death, the antiquated, unjust, patriarchal restrictions on the abortion pill are even more abhorrent.

Please sign the petition demanding that the FDA reclassify Mifeprex at once to reflect its immaculate safety so that all pregnant people can obtain a medication abortion easily!

Care2
Abortions via pill are safe and effective, yet the FDA makes it nearly impossible to access
SHARETWEET