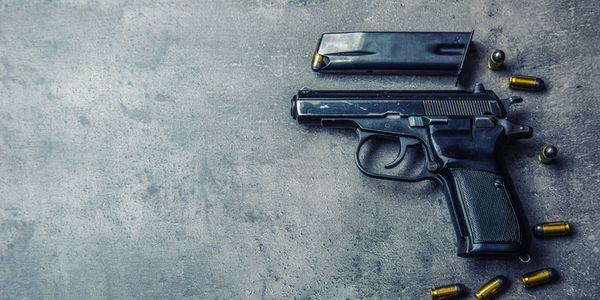 Even after 34 people were murdered in Ohio and El Paso, Texas, and dozens of others have been gunned down at school, places of worship, and even while out dancing, Congress still refuses to let the Center for Disease Control study the epidemic of gun violence.

That's because the NRA has an absolute chokehold on congress. The NRA lobbied for and successfully passed the Dickey Amendment in 1996. The law prevents the CDC from even studying the effect of gun violence on the American public. The amendment is named for its author, Congressmen Jay Dickey, and even he wishes Congress would repeal it.

Just three days after the mass murder in Orlando, Congressman Tony Cardenas tried to overturn the Dickey Amendment and failed.

Congress refuses to pass gun control legislation because "not enough research" has been conducted, yet they are the ones blocking the research! This is just another excuse to avoid passing the necessary laws that would protect the American people. Until the Dickey Amendment is repealed, congress will continue to do nothing as innocent Americans die from gun violence.

Allowing the CDC to study something that kills nearly 100 American every day is so common sense, it's hard to believe it isn't already happening. In the U.S. last year alone, there were 426 mass shootings, killing 528 people, and wounding 1,549. The death toll is staggering, and unless the Dickey Amendment is repealed, the numbers will only grow.

The American Medical Association has called gun violence a "public health crisis" and they are ready to go toe to toe with Congress to repeal this amendment. But they need our help! The largest representative body for doctors who see the actual effects of gun violence want to use science to find out why it's happening and how we can stop it. We, the public, need to back them up.

Sign this petition to demand Congress repeals the Dickey amendment so we can get some accurate data about how and why guns violence is so common.