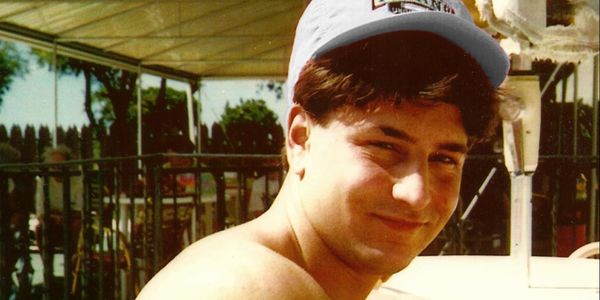 NO PAROLE FOR MURDERER SHERON THOMAS

On July 27, 1995 Frank Thomas Olivieri of Long Island, N.Y. left his home to pick up the cat his ex-girlfriend Sheron Thomas and he once shared when they had lived together. He was told by Sheron Thomas that she was moving and could not take the pet to her new residence. Frank did this against his better judgement because Sheron Thomas had been stalking and harassing him since he ended the relationship earlier that year. What Frank did not know was that it was a ploy to get him to come to her current residence.

Sheron Thomas waited in the bushes for Frank to arrive along with her two foster brothers, Gordon Davis and Shamel Thomas. Once he did, he was ambushed by Gordon and Shamel with a metal baseball bat. They beat his skull in with it, and when he went down they kicked him repeatedly until he had a broken nose and broken ribs. They robbed him of the contents of his wallet -- $16.00. Then Sheron Thomas stepped in. Frank was not dead. Frank was still breathing.

Sheron Thomas proceeded to douse Frank in gasoline and lighter fluid and then set his body on fire. Frank burned to death right there in the driveway while she watched and did nothing. Neighbors saw the flames which were reported to be so high that they reached the nearby tree tops. They called 911. Sheron went back to hide in the bushes and her two brothers drove off in a car that was waiting for them up the street. They then went and bought drugs and sodas with the $16.00 they stole from Frank's wallet.

The EMTs and Firefighters on the scene were going to have Frank transported in a Medivac helicopter to the nearest hospital burn center but he died while they were working on him.  He was brought to Huntington Hospital by ambulance where he was officially pronounced dead. He was 26 years old.

It took a couple of months but Sheron Thomas was arrested and charged with murder along with her two foster brothers. She initially lied about what had happened that night and claimed it was accident, stating that Frank caught on fire because he was trying to help her fix the engine on her car and "something blew up". She tried to set up the scene this way and almost got away with it but the autopsy and investigation proved her story impossible. The Homicide Detectives on this case,  Douglas Mercer and Robert Doyle (both now retired) laid low before they actually arrested anybody because they were gathering evidence against her. These wonderful men made sure this arrest was air-tight. God bless them.

Shamel Thomas took a plea deal in exchange for his testimony and received a sentence of 15 Years-to-Life. He has since been released from prison. Gordon Davis was sentenced to 25 Years-to-Life and remains incarcerated.

In January of 1998 Sheron Thomas was sentenced to 25 Years-to-Life and remains incarcerated today. She was charged with Second-degree Homicide with Depraved Indifference to Human Life. Suffolk County Judge Arthur Pitts, who presided over the trial, told her at sentencing that he would have given her the death penalty if he could have but New York law did not allow that at the time she committed the crime.

I know all of this because I lived through it. My name is Christine Marie Gleeson and Frank was my brother. I cannot even begin to describe the pain and trauma this has had on my family. Sheron Thomas actually attended my brother's funeral and watched the agony my parents went through having to bury their only son. She watched as we had to have a closed-casket funeral due to the fact that she burned him to death and he had to be identified through dental records. It has been 25 years of pain, PTSD, grief and anger for my family since this happened. We will never know the great potential of the life Frank had ahead of him. We will never know the children he would have had one day. We will never know his smile, his laugh, his voice or his love ever again. We will never know.

Incidentally, in the 25 years since Sheron Thomas murdered my brother my family has become involved with victim's rights advocacy, namely through Parents of Murdered Children (POMC) and my mother served on the Board of Directors for the NY/Long Island Chapter.

I have put together this petition to be presented to the Parole Board in NY State when Sheron Thomas goes to appeal her sentence and ask to be granted parole in July 2020. I intend to be there to give my Victim's Impact Statement. I would like to remind her and everyone else who cares to listen that this person burned my baby brother to death while he was still alive. Let that sink in: SHE BURNED ANOTHER HUMAN BEING TO DEATH WHILE HE WAS STILL ALIVE.

Please sign this petition if you feel that Sheron Thomas deserves no sympathy, no time off for "good behavior" and most importantly -- NO PAROLE.

Thank you from the bottom of my heart.  I am truly "my brother's keeper" and you, Frankie, will always be the braver soul than I.