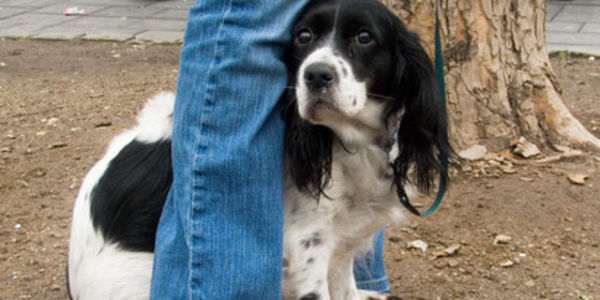 Pets are being brutalized to death but it's not considered "violent." Change this law now!

Bludgeoning dogs or cats to death. Open wounds. Decapitations. Severe abuse. What's one unexpected thing they all have in common? None of these crimes count as "violence" in the state of Ohio, as long as they're committed against animals.

Under Ohio law, only specific offenses are categorically defined as "violent crimes," and animal cruelty is not one of them. As a result, clear abusers — who have mangled, tortured, and murdered beloved pets — often get away with probation, community service, and a mere 60 days in a county jail.

Sign the petition to demand that this ridiculous loophole is changed. Demand that Ohio lawmakers reclassify animal cruelty as what it truly is — a "violent offense!"

This was the case with a man who, in 2018, was found guilty of murdering multiple cats and kittens, 14 of whose bodies were found stored in his freezer at home. Their corpses were ravaged with stabbing wounds, bruises from being punched, lung damage from drownings, and broken bones from being thrown against walls. But his sentence was just three years of probation.

It's not that judges and prosecutors in Ohio don't care about animals and protecting them from heinous acts of abuse — it's that their hands are tied. Because the law in Ohio clearly regards animal cruelty as less important than other types of violent acts, it also stipulates that perpetrators may only be subject to a limited series of punishments. Even when a pet-predator has committed multiple acts of brutality, it's still considered a lesser offense.

These types of constraints lead to countless animal abusers and animal murderers walking away scot free every year — possibly to then harm and kill more animals in the future. Not only that, but research has shown again and again that people who harm animals are more likely to escalate in the future, going on to harm or even kill other people. In fact, the mass murderers behind many of the U.S.'s most deadly shootings began their reigns of terror on innocent little animals.

Protecting animals' safety also helps us protect our own safety. Demand that Ohio lawmakers recognize how truly serious animal cruelty is, and that they classify and punish animal abuse as a violent crime!
Sign Petition
SHAREShare this petition with friends!TWEETEMAILEMBED
Sign Petition
See more petitions:
You have JavaScript disabled. Without it, our site might not function properly.

Care2
Pets are being brutalized to death but it's not considered "violent." Change this law now!
SHARETWEET