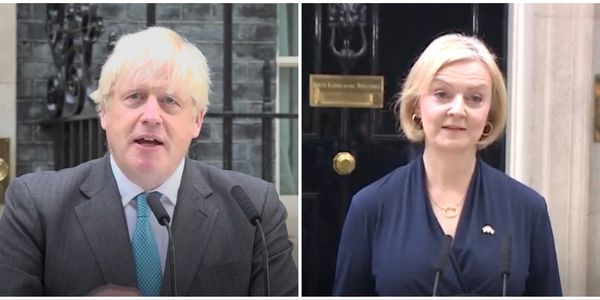 U.K. Leadership Is a "Revolving Door of Chaos." We Need a General Election Now!

After just 45 days in office, Liz Truss has resigned as Prime Minister. Truss leaves behind a legacy of failure: crashing the markets, losing two key ministers and shedding the confidence of almost all her own MPs. U.K. leadership under the Conservative Party has been a "revolving door of chaos." It's time for a general election – democracy is at stake.

Demand the U.K. government call for a general election!

Because the Conservative Party has a majority in Parliament, its leader becomes the next prime minister. Truss said she would remain party leader and prime minister until a successor is chosen within a week. After Boris Johnson's messy departure and Truss's disastrous run, a third leader from the Conservative Party is simply a threat to democracy. The Labour Party, the Green Party, the Lib Dems, and the Scottish National Party are all calling for a general election.

"The British public deserve a proper say on the country's future," said Keir Starmer, the leader of the opposition Labour Party. "They must have the chance to compare the Tories' chaos with Labour's plans to sort out their mess, grow the economy for working people and rebuild the country for a fairer, greener future. We must have a chance at a fresh start. We need a general election – now."

It's time to take the decision-making out of the hands of the elite. Demand the U.K. government have a general election!

Care2
U.K. Leadership Is a "Revolving Door of Chaos." We Need a General Election Now!
SHARETWEET