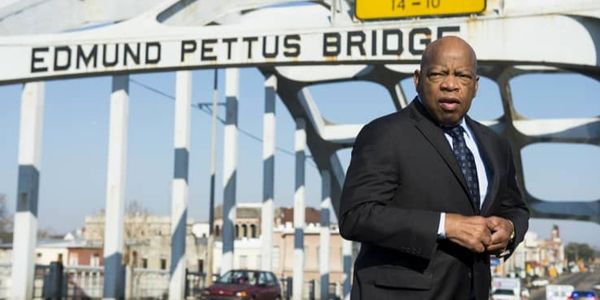 "Bloody Sunday" Selma, Alabama, 1965: Activist John Lewis led peaceful Black demonstrators across the Edmund Pettus Bridge in a march for voting rights. Met with violent and armed state troopers, protesters refused to fight back, even as the troopers beat them with clubs, whips, and barbed wire. Lewis' skull was fractured, but several months later, Congress passed the Voting Rights Act of 1965.

These hard-fought protections stood firm until 2013, when the right-leaning Supreme Court gutted the Act. Since then, the GOP has passed a crushing wave of racist voter restriction laws.

Add your name to demand the Senate passes the John Lewis Voting Rights Advancement Act, restoring the protections of the original Voting Rights Act of 1965.

To preserve our democracy, we MUST restore voting protections.