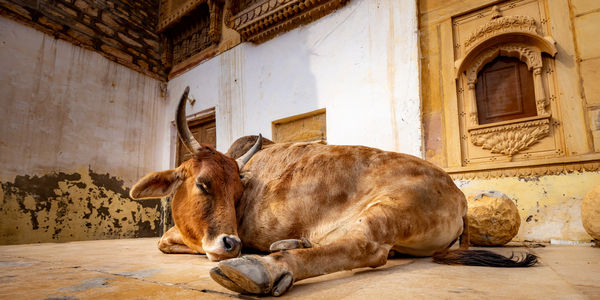 Watch These Poor Bulls Panic as a Crowd Attacks Them

Today is the first day of the Pongal festival in India, an event that marks the beginning of the harvest season for crops like rice and sugarcane. However, what should be a beautiful celebration of tradition and life-giving bounty is marred by a much more sinister tradition that steals the lives of innocent animals.

Sign your name today, and demand that the Supreme Court of India reinstate the ban on the cruel sport of Jallikattu.

Jallikattu is described as bull-taming. But this horrific sport is anything but tame, as you can see from the video footage that has surfaced. In the clip, multiple bulls are seen being released into a multitude of men, one at a time. Each bull is visibly frightened and agitated, made all the worse when multiple men grab at the animal and jump on its back. In the wild, this is precisely how a predator would attack a herd animal like a bull. Fearing for its own life, the stressed bull kicks, and twists in an attempt to break free. Unfortunately, the men are set on winning this abusive sport, and the way to win is to remain hanging from the poor bull's hump for as long as possible.

There have been reports that bulls have been forced to drink alcohol to disorient them. Their tails are twisted, which often results in broken vertebrae, and their eyes are rubbed with hot chili peppers in order to upset and confuse them.

This is unacceptable! Any tradition that is dependent on violent animal abuse must be amended. There is no place for cruelty in a celebration like the Pongal festival.

Numerous times, the Supreme Court of India has imposed a ban on Jallikattu. But these have never last, long, with local governments finding loopholes and the Supreme Court bending to the will of merciless proponents of the sport.

Not upholding these bans shows cowardice on the part of the state. The federal law in India holds precedence over all other ordinances and laws - the Supreme Court must use this power to protect innocent animals.

Sign the petition today, and demand that the Supreme Court of India officially ban, once and for all, the sport of Jallikattu!
Sign Petition
SHAREShare this petition with friends!TWEETEMAILEMBED
Sign Petition
See more petitions:
You have JavaScript disabled. Without it, our site might not function properly.