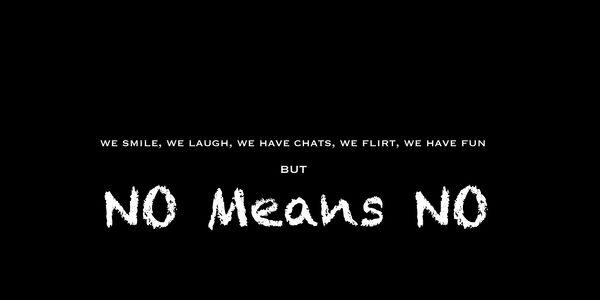 Did you know on average 11 adults are Sexually Assaulted in England and Wales every... HOUR, Of those, 90% of the people assaulted knew their attacker. Two stats that will make you think twice about the myth that you're in more danger if you go out in a miniskirt or after hours. That means of the 97 THOUSAND (Aprox) Rapes yearly under 10 thousand were by strangers....

Pretty shocking eh Another shocking statistic is Conviction rates for rape are far lower than other crimes, with only 5.7% of reported rape cases ending in a conviction. So if all 97,000 adults reported rape get this... 91,471 attacks would GET AWAY WITH IT. So you try telling your wife, Girlfriend, Sister, Daughter whatever who has just been raped that her attacker is 94.3% likely to GET AWAY with his crimes.

How the hell is this fair? If that doesn't make for Grim reading After a friend of mine was attacked in her sleep Rape Crises Scotland offered to see her 2 WEEKS after the attack, her DR 11 DAYS after. Meaning she was left with no support for almost two weeks knowing full well that her attacker (Peter Farrell, Ardrossan) would more than likely get away with it.
Whilst Peter is currently living his life, with his pregnant girlfriend completely unaffected as one of the 91,471 people who will more than likely get away with rape. The female he targets is left to pick up the pieces. Afraid to have her son in her own home. Refusing to sit on her own Sofa where it happened. Keeping the curtains closed and the doors locked all hours of the day.

A once outgoing, confident and funny girl reduced to self-harm, suicidal thoughts and disappearing acts for hours and days on end. Panic attacks and sudden but constant spells of anger. A shell of her former self, not even a shadow as she pushes away friends.

I think its about time for a change. Its about time Woman (And men) should be safe to walk the streets, fall asleep at parties, stay at friends without the fear of being intruded upon in the most intimate of ways.

So many adults, their families, Friends and children are affected by this and I think it's about time we put it to the government to ensure more is done for the "Victim" in the way of support but more importantly more is done to catch the people responsible for carrying out these attacks.
Sign Petition
SHAREShare With FriendsTWEETEMAILEMBED
Sign Petition
See more petitions:
You have JavaScript disabled. Without it, our site might not function properly.