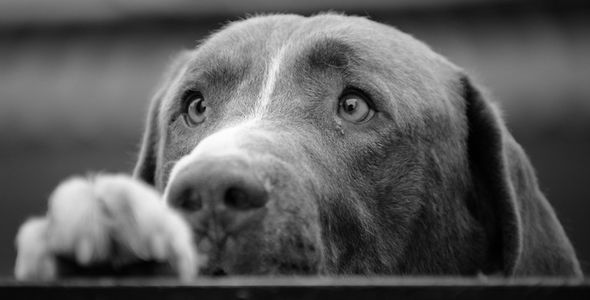 The LAPD can't afford to protect animals because the Mayor cut this line item out of their budget!

Eighteen years ago, the Los Angeles Police Department (LAPD) joined with the L.A. City Attorney, District Attorney, and Animal Services department to create a remarkable new program: the L.A. Animal Cruelty Task Force, the first such task force in the entire country. The need was urgent: despite city laws against animal cruelty, few perpetrators of such abuse were being investigated or prosecuted.

In other words, there was virtually no enforcement of these laws. Many times, police merely doled out verbal warnings, given that they had little training and few resources available with which to do more.

The Animal Cruelty Task Force helped change all that. For nearly two decades, detectives, attorneys, and staff worked to reduce animal abuse in L.A. by investigating and prosecuting culprits, overseeing hundreds of graphic cases. It was such a success that cities around the U.S. started forming their own task forces based on this model.

Then in January 2021, Los Angelos Mayor Eric Garcetti, chose to put countless animals at risk for horrific abuse. Without consulting any of the other departments involved, he single-handedly disbanded the Animal Cruelty Task Force.

Garcetti is pretending this has something to do with budgeting concerns, but the truth is that this task force had very few employees and required very little by way of funding. Meanwhile, the LAPD has a mind-explodingly gargantuan budget of $1.189 billion every single year. Yet apparently it can't even spare a small amount to keep animals safe.

Let's be clear: the people who beat, torture, and murder animals are dangerous, violent criminals. Keeping track of who these people are is important for both animals' welfare, and for humans. Research has shown time and time again that people who abuse and torment animals often go on to commit heinous crimes against other humans later. This includes child abuse, spousal abuse, and even mass shootings. Nearly half of school shooters started their violence by abusing screaming, innocent animals.

If the LA really cared about stopping violent offenders before their crimes escalate, they would surely start by focusing on people who commit acts of animal cruelty. Yet they're not. So what is all that budget being used for? Policing non-violent people of color? Antagonizing those already facing harsh situations, such as poverty? Peaceful protesters?

It's disturbing to discover that LA's Mayor apparently doesn't care about torture and massacre of pets and other animals. We must pressure him to reverse his inexcusable decision. Help us put the pressure on Mayor Garcetti to demand that he reinstate the L.A. Animal Cruelty Task Force!

*A previous version of this petition targeted the police chief, but it turns out it was actually the Mayor who made the decision to end the task force and the target has been updated accordingly*
Sign Petition
SHAREShare this petition with friends!TWEETEMAILEMBED
Sign Petition
See more petitions:
You have JavaScript disabled. Without it, our site might not function properly.

Care2
The LAPD can't afford to protect animals because the Mayor cut this line item out of their budget!
SHARETWEET