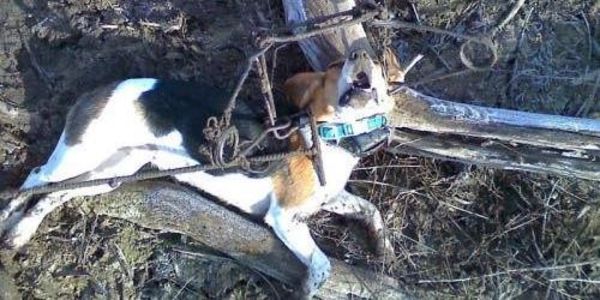 These traps mangle, crush, and break an animal's body - and they're still allowed on public lands

Trapping is one of the cruelest ways to kill an animal. Their bodies are gripped, crushed, and mangled as the poor beings try unsuccessfully to wriggle away — often gnawing off their own limbs in their desperation to escape.

All sorts of creatures can wind up caught by body-gripping traps (or "Conibear" traps) and other devices — wolves, foxes, pet dogs and cats, and even human children. Our need to kill and exert our dominance over other species is no excuse for leaving these kinds of deadly contraptions out.

Fortunately, members of Congress have recently introduced the Refuge From Cruel Trapping Act, and it's imperative that this bill is passed now! Sign the petition to demand that Congress pass this legislation!

The Refuge From Cruel Trapping Act would apply specifically to a kind of federal public lands known as the National Wildlife Refuge System (NWRS). Under this bill, all use and even possession of body-gripping traps would be banned, except for when officials are attempting to manage wildlife. Currently, more than half of the 568 refuges inside the U.S. still allow trapping, which means one too many missteps off a trail could land you or your furry friend in grave danger.

These inhumane, exceedingly cruel contraptions have no place on public lands. As the President of the Animal Welfare Institute, Cathy Liss, said: "Americans should be able to enjoy our outdoor spaces without fear of their pets or themselves stepping into a bone-crushing device."

It's time to say "no" to the pain and torture these traps inflict. Sign the petition to urge Congress to pass the Refuge From Cruel Trapping Act and ban body-gripping traps from being used on public lands!
Sign Petition
SHAREShare With FriendsTWEETEMAILEMBED
Sign Petition
See more petitions:
You have JavaScript disabled. Without it, our site might not function properly.

Care2
These traps mangle, crush, and break an animal's body - and they're still allowed on public lands
SHARETWEET