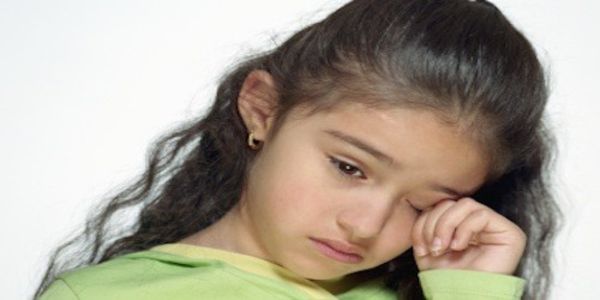 Children Caught at the Border Shouldn't Be Treated Like Adults!

An eight-year-old killed herself after she was caught trying to cross the United States/Mexico border accompanied by a migrant smuggler. She was given to Chihuahua state who placed her in a private shelter in Ciudad Juarez, Mexico, where she committed suicide.

Unfortunately, her case is not unique. Last year, 1 in 13 caught by the Border Patrol were minors, and 17% were younger than 13. In 2006, over 3,000 children were deported to Ciudad Juarez, considered to be one of the most dangerous places in the world. Interviews done by the United Nations revealed that most of these children had been trying to escape violence by coming to the United States.

These children are just that -- children -- and they should be put into age appropriate, compassionate proceedings where they are respected. I cannot even imagine the trauma they go through. The United States should change the system to reflect this and be more considerate of their decisions before deporting them back to their home countries, as many of them should be eligible for asylum. This girl had her entire life ahead of her. Please sign this for her, and for all children like her.

An eight-year-old killed herself after being caught at the border and given over to Chihuahua authorities who put her in a private shelter in Ciudad Juarez, Mexico, one of the most dangerous places on Earth.

This could have been prevented. Last year, 1 in 13 individuals caught by Border Patrol were under 18, and 17% of them were under 13. In 2006, over 3,000 children were deported to Ciudad Juarez, and it was revealed by the United Nations that most of these children had been escaping violence by attempting to come to the United States.

These children, before they were deported, were put into deportation proceedings geared towards adults, forced to describe their smugglers, and fingerprinted and questioned. The average child spends 61 days in these proceedings.

These children are children and need to be treated as such. The United States needs to implement age appropriate, compassionate proceedings and change the system so that before these children are deported back to their home countries, their cases are carefully considered as many of them should be eligible for asylum if escaping violence.

Thank you so much for your time.

Care2
Children Caught at the Border Shouldn't Be Treated Like Adults!
SHARETWEET