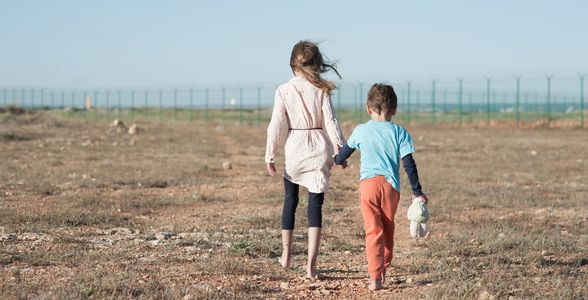 Tell Texas - Don’t Turn Away a Single Refugee in Need!

Texas is making history...in the worst way. They will be the first state, under the "leadership" of Governor Greg Abbott, to opt-out of the federal refugee resettlement program. Going forward, Texas will reject any refugee who knocks on its door asking for help.

What a show of cowardice. Sign the petition and demand that Governor Greg Abbott reverse his decision and re-enter the federal refugee resettlement program!

This is a huge blow to the refugee community. Last year, Texas resettled more refugees than any other state; in the past 15 years, nearly 100,000 have found a home in the Lone Star State. These folks, more often than not, are fleeing some of the most horrific instances of abuse and persecution, following the legal steps necessary to have a chance at a new, better life in the U.S.

In his statement, Abbott claimed that his state had somehow filled a quota of aid - "more than its share," even. This is a horrifically misguided and dangerous perspective. When it comes to saving lives, maintaining human dignity, and promoting prosperity, the work is never done. The Catholic Church, an institution to which Abbott belongs, even released a statement in response to the governor's decision, calling it "deeply discouraging and disheartening."

Abbott's decision directly resulted from an opportunity offered by President Donald Trump, who signed an executive order releasing individual states from any obligation to comply with the federal refugee resettlement program. A district court judge in Maryland has since blocked the executive order, but the administration released a statement that made it clear they planned on appealing the decision.

So far, governors from 42 states have promised to continue to accept new refugees. No matter the fate of Trump's executive order, all states must pledge to continue to do their part in the resettlement of refugees.

Sign the petition and demand that Governor Abbott reverse his heartless decision, and once again welcome new refugees into the state of Texas!
Sign Petition
SHAREShare With FriendsTWEETEMAILEMBED
Sign Petition
See more petitions:
You have JavaScript disabled. Without it, our site might not function properly.