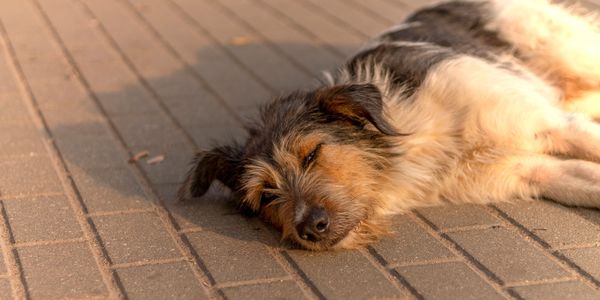 This Tiny Dog Was Hurled From the Window of a Speeding Truck. Justice for Freya!

A driver in Kent, England watched as an arm extended out of the window of the flatbed truck driving in front of them at 50 mph and threw something into the road. At first, they thought it was a teddy bear. Until it moved. It was a dog.

Sign to demand local authorities in Kent, England do whatever they can to find whoever threw Freya the dog out of a moving car to her almost death!

After sweet Freya had been callously tossed at terrifying speed from the moving truck, she ran onto a private property where she was thankfully discovered alive – but in terrible condition. She was barely moving. Aside from having just gone through the trauma of being thrown from a speeding vehicle, Freya was skin and bones and matted in her own feces. It was clear she had undergone severe neglect even before she was almost killed – that was just the last in the long line of her abuser's cruel actions.

After surgery to staunch any potential internal bleeding, doses of pain medication, and close monitoring, vets hope that the curly-haired pup will make a full recovery. But whoever did this to Freya has yet to be discovered and held accountable.

It's unclear why Freya's almost-murderer tossed her from a moving truck, but any justification for this cruelty falls short – there is no excuse for doing this to a defenseless animal. Who knows if this person has access to more animals, more innocent lives that they could easily do the same thing to, or worse. Until this person is found, we have to keep pressure on local authorities so that no other animals suffer Freya's fate!

Sign the petition to implore the Kent Police to find the person who threw Freya from a moving car!

Care2
This Tiny Dog Was Hurled From the Window of a Speeding Truck. Justice for Freya!
SHARETWEET