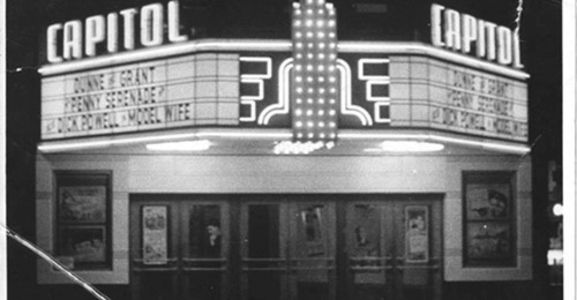 Overturn the Raze Order on the 1928 Capitol Theater in Racine!

The Capitol Theater is one of the few historical theaters left in Racine, built in 1928, just before the WWII era. It had an organ, which accompanied silent movies. In 1976, the organ was removed and the theater was "twinned", to make 2 smaller theaters, which eventually became a Value Cinema. It closed its doors permanently in September of 1987.

While the building has been neglected, history and architecture still solidly exist within the building, to where our technical college could help learn on the job to rehabilitate the building working with licensed professionals with the plumbing, electrical and welding students there, being able to get class credit to save on repair costs while improving the building.

Once finalized, it could be an outlet for local historians to create movies or host meetups on the rich history of Racine which covers our role in the Underground Rail Road, WWII women's baseball team, the various industries that originated here including Horlick's Malted Milk, and so much more... Other events could include local musicians/actors, or a place where high school or college filmmakers could showcase their talents through performing arts or their short films as well.  Other showcases that could happen here are the showing of old-time newsreels with Wurlitzer organ performances, a tourist draw, and so much more.

These events, which may or may not cost much to put on, would draw a source of income from paying patrons, which would help stimulate the depressed economy here, locally, not just a few new jobs, but to bring in tourism to boost local businesses also, which brings in more revenues all the way around.

Another way to help the Capitol Theater:  http://www.capitoltheaterracine.com/

Care2
Overturn the Raze Order on the 1928 Capitol Theater in Racine!
SHARETWEET