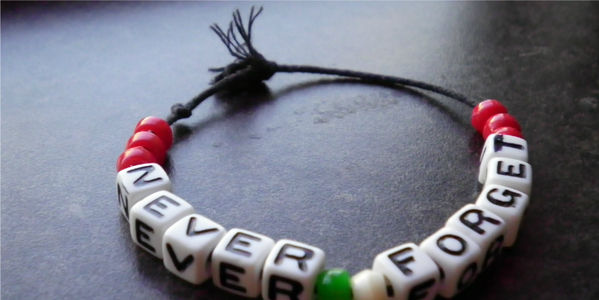 AS the night of April 14th, 2014 passed on the students of Government Secondary School, they climbed into their dormitory beds, filled with anticipation. Having final exams that morning, it was reported that the girls had been studying hard for the exams, excited to pass and go onto bigger and better things [1].

Those bigger and better things never came. At 11:45 PM, the girls were woken up to the sound of gunshots; ushered into truck beds by falsely uniformed men, the girls rode into the Sambisa Forest-- and, aside from 57 girls who managed to escape, haven’t been heard from since [2].

At the time of the kidnapping, The Nigerian government did nothing-- not only did they not do anything, they claimed nothing happened. A media storm of #BringBackOurGirls tweets, likes, and shares had the entire world outraged at Boko Haram’s crimes; and similarly, at then-President Goodluck Jonathan’s apparent apathy and slowness to act decisively. It then became very clear that it would take an act of Jesus to bring about the hope, change, and rescue that the Chibok girls needed.

It has been over 500 days since the Chibok girls were kidnapped. Since that day, much has gone on: Boko Haram’s leader claimed first that the girls would be “sold” like mere objects into the sex trade, then later said that they had been “married off” to their captors. But we can’t trust the words of a coward like the leader of Boko Haram, who routinely uses deceit and lies to perform his “righteous” acts of vile terrorism, to tell us where these precious girls are!

Among the speculation, another huge change occurred: not satisfied with the broken promises of Nigeria’s then-President, Goodluck Jonathan, Nigeria elected Gen. Muhammadu Buhari (Rtd.), GCFR to office. In what was the first democratic turn over of power between the PDP and the APC, President Buhari, while campaigning, created a “Covenant with Nigeria,” in which he pledged to “give all it takes to ensure that our girls kidnapped from Chibok are rescued and reunited with their families” (source).

As you know, on April 14th, 2014, at 11:45 PM, over 200 young girls, aged 16-18, were swiftly and violently kidnapped from Chibok Secondary School, in Nigeria. That dark night, Boko Haram’s men deceived and escorted each young girl into or behind their truck beds, and into a unimaginable fate: as captives to Boko Haram, their lives-- and the lives of the loved ones they left behind-- would change forever.

Each one of these beautiful girls are both completely unique, and incredibly valuable; not just for their amazing potential, but simply because they are created and loved by Christ. I know our beliefs about who Jesus Christ is may differ, but I believe what the bible book of Philippians says concerning Him: “...who, though he was in the form of God, did not count equality with God a thing to be grasped, but emptied himself, by taking the form of a servant, being born in the likeness of men. And being found in human form, he humbled himself by becoming obedient to the point of death, even death on a cross. Therefore God has highly exalted him and bestowed on him the name that is above every name, so that at the name of Jesus every knee should bow, in heaven and on earth and under the earth, and every tongue confess that Jesus Christ is Lord, to the glory of God the Father” (Philippians 2:5-11, NIV). I believe that Jesus is God; and that, as God, He came here to die for mankind’s sins, so that we might know God personally. Jesus died with all of us in mind, including the Chibok girls, and all others who are being held captive. In this way, they are not only special, but worth dying for.

It is with this in mind that I humbly bring this petition to you. President Buhari, I may not live in your country, but have not forgotten the Chibok girls; in fact, I (and SO many others) have kept them in mind and in prayer since the kidnapping happened. Christ put them on my heart, and when I became complacent, He instilled in me that because He has not forgotten them, I cannot either.

President Buhari, you promised in your “Covenant with Nigeria” to not forget them as well. In fact, you promised to “give all it takes to ensure that our girls kidnapped from Chibok are rescued and reunited with their families.” You saw, along with the rest of the world, how the Nigerian government and military under your predecessor, Goodluck Jonathan, acted slowly, indecisively, and in many ways, failed to act altogether. You saw the grief, anger, and hopelessness so many sunk into, both in Nigeria and worldwide, as a result. And so, you pledged this to the people of Nigeria; and, taking you at your word, Nigerians voted for you, in hope that under your governance, things would finally change.

For one to understand and help determine the future of the Chibok girls, one must first know and understand their past, and present, circumstances. Yet, the actual whereabouts of the Chibok girls have remained largely unknown to the public. Apart from the reports of Abubakar Shekau-- first, that the girls would be sold into slavery, and then, that they had long since been “married off”-- the world has yet to know what exactly happened to the girls, and their exact location today. President Buhari, those who have known and loved these girls personally, as well as the world at large, deserve to know the true whereabouts of the Chibok girls. Since we cannot trust any word that comes out of the mouth of Boko Haram’s cowardly leader, we are looking to you to answer this long-asked, languished-over question.

In light of all of this, President Muhammadu Buhari, I, and the many people who have signed this petition, respectfully but firmly ask that you would make it your priority to find out the exact whereabouts of the Chibok girls, and to officially report it, by the date of April 14th, 2016. Whether dead or alive, scattered across the globe or still largely gathered, we ask that you would disclose, with full honesty and integrity, where the Chibok girls are, with the same urgency as if they were your own daughters.

We understand that this may be an arduous task for you, your military, and your government to undertake. But, at the heart of the matter, we believe that every one of these unique, irreplaceable human beings, in Christ’s eyes, are never forgotten, and are worth “all it takes” to locate and bring back home.

The world’s eyes are on you. You promised, Mr. President-- now, please, for the sanctity of every soul still missing, make good on your promise.