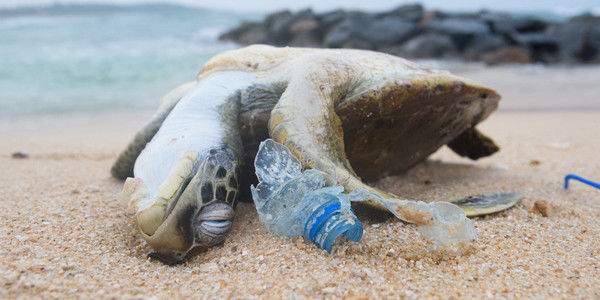 Seals, turtles, whales, and more are dying because of our plastics. Congress must act now!

"Plastic production is expected to quadruple in the coming decades, and if nothing changes, the amount of plastic flowing into the ocean is projected to triple by 2040."

Those are the words of Christy Leavitt, a campaign director at the non-profit Oceana. She just led Oceana's new report on plastic pollution in our oceans — and it's even worse than we feared. Manatees and seals with their stomachs lacerated by food wrappers and recreational fishing lines. Sea turtles choked and drowned by plastic take-out bags. Whales with nothing in their empty, starving stomachs other than plastic, twisted and wrapped around their internal organs.

These aren't one-off occurrences. According to Oceana's in-depth research, in fewer than 10 years, more than 1,800 marine animals from a wide range of species have been murdered by our plastic waste that you and I consume and then dispose of. At least 88% of these animals are listed as endangered or threatened with extinction.

And the situation is only continuing to get worse.

Sign the petition to demand that Congress and President-elect Joe Biden implement a nationwide ban on single-use plastics!

The 1,800 animals that were identified were only those Oceana came across specifically in U.S. waters — not worldwide. Even more importantly: these are just the animals that scientists actually found. As deep, wide, and vast as the mysterious oceans are, it's impossible to say how many more animals have been afflicted by our plastic waste.

As humans demand and use more and more plastic, we inevitably have to dispose of it somewhere. Most of us don't intentionally throw our trash into rivers and seas. And yet much of our waste ends up there anyway. Since we obviously can't trust ourselves to abstain from plastic use — which, as Leavitt notes, is predicted to increase 400% soon — the powers-that-be must step in and help us, by outlawing these dangerous polymeric products now, before more animals die.

A ban on single-use plastics, such as bags, might sound far-fetched, but other countries and cities are already doing it, and the list is growing every year. France, the European Union, Taiwan, Samoa, Cameroon, and India's capital city of New Delhi have all banned single-use plastics. Many other countries — including but not limited to Kenya, Zimbabwe, Bangladesh, South Korea, Senegal, and China have also banned other types of plastic items. Three U.S. states, New York, California, and Hawaii, have already banned single-use plastic bags, specifically.

Clearly there is momentum here. The world is increasingly going plastic-free. Does the United States really want to be last to show up for the eco-friendly party? Do we want to be the ones left responsible for killing all of the ocean's last endangered species?

Demand that Biden and Congress work together to save our oceans, our marine animals, and our Earth by banning single-use plastics throughout the entire United States!
Sign Petition
SHAREShare With FriendsTWEETEMAILEMBED
Sign Petition
See more petitions:
You have JavaScript disabled. Without it, our site might not function properly.

Care2
Seals, turtles, whales, and more are dying because of our plastics. Congress must act now!
SHARETWEET