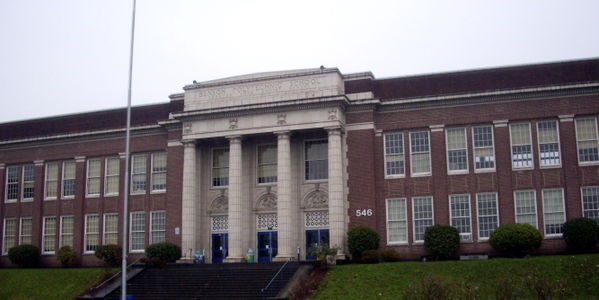 Please help us make sure our students, faculty & administration have a SAFE & HEALTHY Learning Environment!  Of the three high schools being considered for full or partial funding on the 2016 Bond Measure, Benson Polytechnic High School is the oldest school, with the greatest amount of URM (Unreinforced Masonry) Seismic Retrofit Requirements identified by the City of Portland, Bureau of Development Services and Portland Development Commission.

Over the last several months alumni, parents, students, faculty, administration and community members have been meeting monthly as a Master Planning Committee at the direction of Portland Public School District (PPS).   This committee sought and incorporated public comment in the development of a master plan for the remodel of Benson Polytechnic High School.

At no time were we told by PPS:

Concerns we considered during this process include, but are not limited to:

This brainstorming and planning was done in parallel to the similar MPC work at Lincoln High School and Madison High School.    The goal of the process was to develop the 2016 Bond Measure for the November 2016 Ballot.

The Sub-Committee has proposed:

Benson MPC has the following concerns with the Multi-Bond           Phased Approach:

2. Next year we will have a new superintendent and board.

Make Benson Polytechnic High School a PRIORITY based on Facts not Political Reasons:

2. Save the Proposed Enrollment Increase to 1700 Students:

By signing this Petition you will be helping Students of Benson Polytechnic High School to stay SAFE & continue to thrive in an Interactive Hands-On Learning Environment.