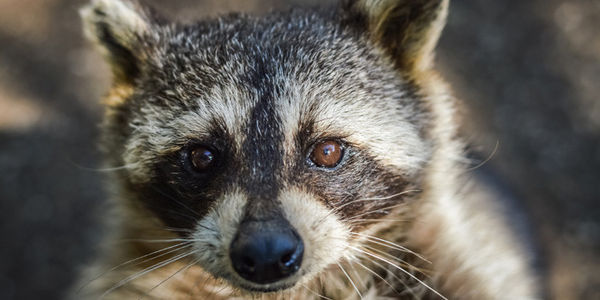 Have you heard about the cafe where you can sip coffee, order food and play with wild animals?

It sounds a bit nuts, but unfortunately, it actually exists. The Blind Alley Cafe in Seoul, Korea offers customers the "chance" to play, and take selfies with, with three raccoons and a capybara — all wild animals that have the ability to inflict real harm on a person, especially to someone who has had no training dealing with wild animals.

According to some of the visitors who were more concerned about the animals than their social media profiles, the animals seemed stressed and afraid. Others commented on the fact that the capybara, the world's largest rodent which is semiaquatic, had no swimming area at all — something they need to stay healthy.

Nevermind the fact that it's probably not the best idea in the world to serve food in the same place where wild animals live.

This cafe, like the tiger parks of Thailand and other animal attractions around the world that use animals as props, are not only putting customers safety at risk, they are putting their animals' lives at risk as well. Racoons and Capybaras are wild animals and can never be fully tamed. If and when they lash out due to fear what would happen to them? Would they get a second chance?

The cruel cafe is an accident waiting to happen. Please sign the petition and ask the owner of the Blind Alley Cafe to stop using these animals as props and give them the life they deserve by releasing them to a sanctuary.
Sign Petition
SHAREShare this petition with friends!TWEETEMAILEMBED
Sign Petition
See more petitions:
You have JavaScript disabled. Without it, our site might not function properly.