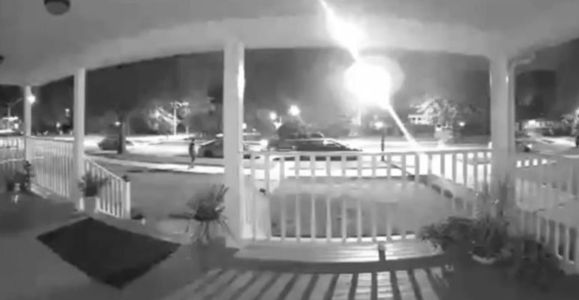 It's a painfully common story here in Chicago where I live and all around the U.S.; a cop makes a decision to shoot an unarmed and unthreatening black man in just seconds.

This time the officer, Sgt. Khalil Muhammad, wasn't even on duty when he came upon Ricky Hayes, an 18-year-old autistic African American kid just standing on the sidewalk. Within four seconds of stopping his car, Muhammad shot Ricky in the arm and chest, even though Ricky had no weapon and posed no threat.

Sign on if you think this officer should be fired immediately.

The shooting happened in 2017, but the video of the occurence was just released publicly. Ricky was considered a minor at the time because of his mental capacity - he also has developmental disorders and schizophrenia.

All of this may explain why he would behave in a way that the officer found "elusive," and this just proves the point that cops are not at all equipped to deal with people who suffer from mental illness or are neuroatypical.  But 1 in 5 Americans suffer from some sort of mental illness and there are 1.5 million autistic people in the US , and so this lack of training and empathy is a huge problem!

Ricky certainly has enough to deal with already and although he has physically recovered from the shooting, the violent attack by a police officer has taken a mental toll on him.

The night of the shooting, Ricky had actually been reported missing because his caregivers wanted to alert the police to his mental illness so they could deal with him accordingly. It's not uncommon for an autistic person not to respond to authority in the same way a neurotypical person might.

That coupled with the color of his skin put him at extremely high risk — black people are 6 times more likely to be arrested than white people and over 25% of this year's police killings have been of black people, even though they only represent about 12% of the U.S. population.

Ricky did nothing wrong - he was literally walking on a sidewalk. Last I checked, that isn't illegal or threatening.

All this comes just weeks after Chicago convicted former Officer Jason Van Dyke in the 2014 killing of Laquan McDonald, another black teenager. The pattern is beyond clear: Chicago cops love to shoot black men. And as a Chicago resident myself, I will not stand for this. They are also clearly not capable of dealing with varying mental illnesses or neuroatypical people. Although I am white and at much less risk for police violence, I do suffer from mental illness and it's truly my worst nightmare for the cops to get involved while I'm having a panic attack, for example.

Every single Chicago cop must be trained to spot and manage a situation involving something with a mental illness or neurodivergence WITHOUT violence. If they can't do that, they shouldn't be dealing with the public and they certainly shouldn't be carrying guns.

But in the meantime, the officer who shot Ricky has been enbroiled in 8 misconduct investigations since 2000, including a 2-day suspension. He has also been on paid leave since the shooting. I do not see why he should be paid and keep his job after such a gross violation of his power.

Please join me in demanding that the officer who shot Ricky for no reason is immediately fired and charged with the crime.
Sign Petition
SHAREShare With FriendsTWEETEMAILEMBED
Sign Petition
See more petitions:
You have JavaScript disabled. Without it, our site might not function properly.