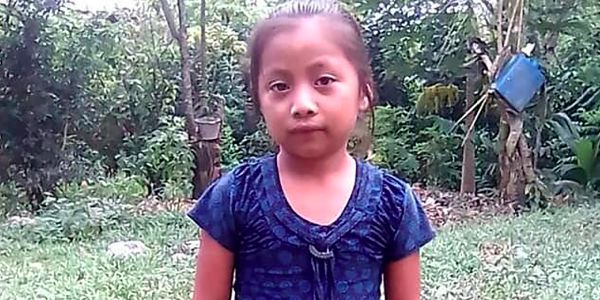 On December 6, seven-year-old Jakelin Caal and her father were taken into custody for entering the United States without documentation. Just over a day later, the little girl was found dead. The cause of death? Dehydration, exhaustion, and shock.

Please sign this petition to demand justice for Jakelin — and accountability from U.S. Customs and Border Protection (CBP).

While in custody, Jakelin, who had traveled from Guatemala, began having seizures and had a temperature of 105.7 degrees. Despite showing seriously concerning symptoms, the little girl had to wait 90 minutes before receiving any emergency medical care. She was eventually transported to a hospital via helicopter, where she died soon after.

CBP originally reported that she had not eaten or had any water for several days during her journey to the border, but her father, who traveled with Jakelin, has since disputed this claim.

The heartbreaking story has once again drawn attention to the horrifying conditions of overcrowded and unsanitary detention centers. These facilities often lack such basic services as medical care and education, and families who have stayed in them have reported their young children becoming lethargic, depressed, anxious and ill. More recently, stories of children dying have begun to surface, including a toddler who developed a respiratory infection which eventually killed her.

Throughout the Trump administration racist crackdown on immigration, CBP has proven time and time again it has no interest in caring for detained migrant families. Story after story show neglect, abuse, and abject cruelty.

Sign now to demand that CBP conduct a thorough investigation, be transparent about what happened, hold those responsible for any wrongdoing accountable, and enact necessary policy changes to ensure this never happens again.

Photo credit: Annunciation House
Sign Petition
SHAREShare With FriendsTWEETEMAILEMBED
Sign Petition
See more petitions:
You have JavaScript disabled. Without it, our site might not function properly.