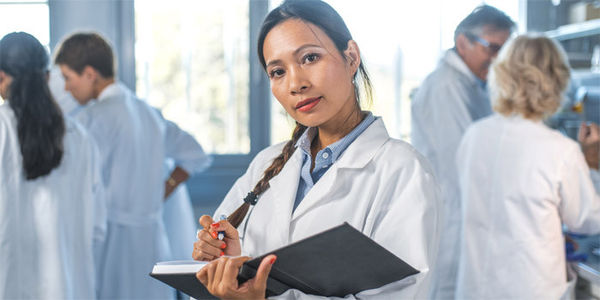 The CDC Banned "Transgender," "Fetus," and Other Words in a New Repressive Crackdown. Demand the Health Agency Reverse Course Now!

The Centers for Disease Control and Prevention (CDC) is the leading public health agency in the U.S. government. It does everything from conducting research on cures for illnesses to providing public service information. To be clear, its mission is based on science and health — not politics or religion.

Yet this year, the CDC told its scientists and other employees that they are now officially banned from using seven specific words or phrases in any of the official documents they're preparing for their 2020 budget. You might think these words must be focused on outdated or unscientific ways of thinking. Nope!

The seven phrases that CDC staff are prohibited from using are: "vulnerable," "entitlement," "diversity," "transgender," "fetus," "evidence-based" and "science-based."

This new rule shows how fundamentalism is creeping further and further into our nation's government — and that is truly frightening. Tell the CDC they must backtrack on their ideological hamstringing of the nation's top scientists.

When one CDC analyst found out about the new rules during a meeting, they said it was an eye-popping-out-of-the-head type moment. According to the analyst, people in the room were "incredulous," responding to the agency leaders by saying, "'Are you serious? Are you kidding?'"

This same analyst said they could not remember a single previous occasion when the CDC had forbidden words or phrases like these from being used in budget documents.

It's exceedingly clear that the CDC only banned these seven words as part of the Trump administration's aggressive right-wing agenda. This is a direct attack on the LGBTQ community, reproductive rights, civil rights, and of course, on scientific and health research overall.

The CDC has no business muzzling its health researchers or turning science into some sort of fanatical, theocratic arm of the state.

Demand that the CDC reverse course on its prohibited words list and just focus on the nation's health!
Sign Petition
SHAREShare this petition with friends!TWEETEMAILEMBED
Sign Petition
See more petitions:
You have JavaScript disabled. Without it, our site might not function properly.