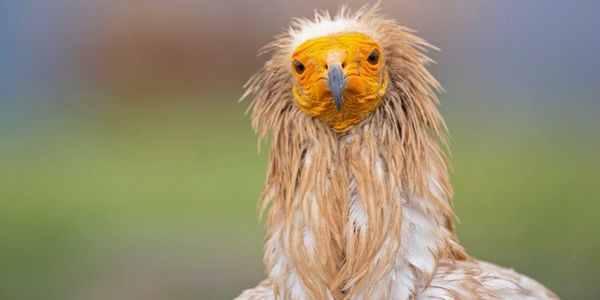 Vultures might be known as heralds of death, but the sad irony is, these huge and majestic birds are themselves now being ushered towards extinction. And in this case, who is the predator feasting on their demise? It's us — it's humans.

Sign the petition to demand that Eastern European governments work together to implement conservation plans and save these vultures!

Vultures might get a bad rap because of their frequently bald, featherless-heads and predilection for scavenging and eating other deceased creatures. But they're actually crucial for our environment. By turning dead animals into dinner, they clean up the ecosystem and help turn the cycle of natural death into the cycle of life.

On top of that, vultures are fairly ethical eaters. It's rare for a vulture to target and strike healthy, living creatures, preferring to simply clean up the mess of previous battles. In doing so, they also prevent nasty diseases from spreading into other animals, which could infect entire species and ecosystems.

Now vultures in Eastern Europe — especially the subspecies known as Egyptian vultures — are hurtling towards population-wide death. Researchers have spent twenty years studying these animals and have noticed one main cause for vultures' increasing endangerment: human buildings, human activity, and intentional hunting by humans.

Some of the primary ways we humans have accidentally or purposefully killed off these animals include electrocution, poisoning, shooting, trapping, and even building structures that these winged beasts collide into, dying after impact.

If Egyptian vultures in Eastern Europe continue to die off, it would have devastating impacts for wider communities. COVID-19 has taught us how deadly animal-borne viruses are — and if species like vultures aren't there to catch these diseases, eat them up and destroy them in their impressively acidic stomachs, such viruses could become more widespread and even more infectious.

We need vultures now more than ever. Help us save the vultures, in order to save humanity!

Tell world leaders: vultures are creatures, too. We can't let them die off.
Sign Petition
SHAREShare With FriendsTWEETEMAILEMBED
Sign Petition
See more petitions:
You have JavaScript disabled. Without it, our site might not function properly.