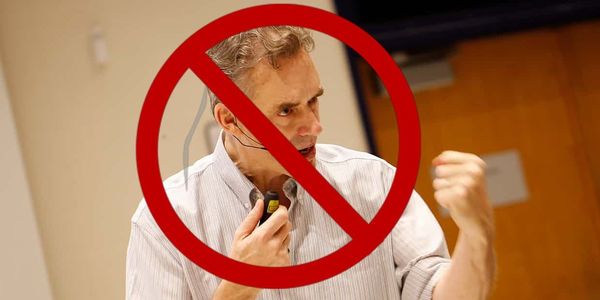 It has come to my attention that it is the intention of a certain few students to raise money and request Skidmore College pay "psychologist" Jordan B. Peterson $35,000 to deliver a lecture on our campus. There is monumental opposition to this, as Dr. Peterson (a man who has been described as "the culture war's Weapon X") has made a career of peddling paleo-fascist, outdated, social-Darwinist pseudoscience to the alt- and far-right. His thinly-veiled racism, classism, misogyny, and blatant transphobia have no place at Skidmore College. This list of names, as well as a letter cowritten by Skidmore students who would be affected by, excluded from, and appalled at Dr. Peterson's visit, will be sent to the Skidmore administration, the Title IX coordinator, the Dean, as well as President Glotzbach.

Dr. Peterson has recently been delivering lectures on campuses to right-wing students; one of which bore the illuminating title: "Identity Politics and the Marxist Lie of White Privilege." Once again, he does this for the modest speaker's fee of $35,000.

Dr. Peterson explains that the gender wage gap is due to natural preferences innate to men and women.

Some of his comments on inequality are, verbatim, as follows: "any hierarchy creates winners and losers. The winners are, of course, more likely to justify the hierarchy and the losers more likely to criticize it." Yet the good Doctor complains about discrimination against white men, who face "whole disciplines in universities, forthrightly hostile" toward them. Yet, once again, Dr. Peterson makes a career of fanning the flames of hostility and stoking fear among the "winners."

I've attached some reading on our prospective esteemed guest. Some highlights from the articles are:

"Peterson's fans argue that he is not a fascist, just a classical liberal; not a racist, just someone who acknowledges 'ethnic differences'; not a misogynist, just honest about the real differences between men and women."

"But Peterson adds something to his predecessors' economic liberalism: a tragic conception of Being (which he capitalizes, after Heidegger) in which the world is divided between winners and losers. This authoritarian worldview naturalizes domination, weaving hierarchy into the very fabric of existence."

"He reduces class conflict to a natural and eternal struggle for existence that no political or economic revolution could ameliorate."

"We must reject the characterization of Peterson's fan base as normal people who are sick and tired of the politically correct left; this assumption simply repeats Nietzsche's disdain for the common struggles of the oppressed, including the struggles of racial minorities, women, and LGBTQ people."

"Peterson does not speak for what is "normal." His jargon of authenticity — that he is just a simple academic fighting for truth amid so much political correctness and censorship — masks his authoritarian ideas [. . .] Indeed, the line between Peterson's authoritarianism and Richard Spencer's paleo-Nazism is a blurry one."

Additionally, this is a man who has proudly and intentionally refused to call trans people by their preferred pronouns if they differ from those assigned at birth.

So, what's the issue with this? Can't we allow for differing opinions on our campus? Of course we can. The talk is a talk about psychology — why does it have to be political?

The project of bringing Dr. Peterson to Skidmore has not yet been approved by the administration, and it is only in its early stages. But it is important to spread awareness about and say no to the toxic ideals that some students would rather see more prevalently represented in our community. Ideals that, whether said students intend so or not, make life more difficult for people of color, LGBTQIA people (trans people especially), and women.

Don't donate to the fundraiser to bring this man to our school. Read about Dr. Peterson and his toxic ideology, and tell your friends about it. Read your friends his words verbatim, they require no biased spin to sound vile, hateful, and reprehensible.