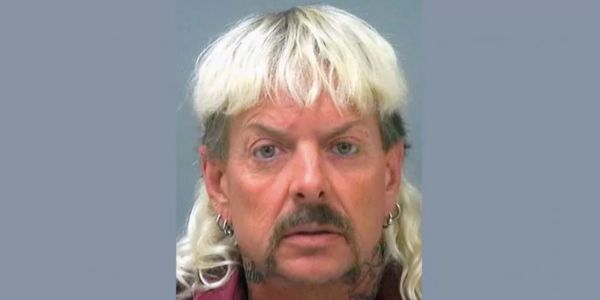 Netflix's new series "Tiger King" has brought Joseph Maldonado-Passage, aka Joe Exotic, back into the public awareness. His story is bizarre and included both human and animal abuse. He is currently serving a 22 year sentence in prison for a slew of crimes, including murder for hire and violating the Endangered Species Act. Now Trump says he's considering pardoning this horrible man.

Please sign the petition to ask Trump not to pardon Joe Exotic!

Joe Exotic operated a zoo in Oklahoma that had tigers, lions, ligers, bears and monkeys. None of those animals should have ever been in such a facility in the first place, but it gets worse. Not only were they not properly cared for, they were actively abused by Joe.

In fact, he shot and killed 5 tigers in 2017 for no reason and in violation of the Endangered Species Act. There is also apparently footage of him shooting horses for no reason. One filmmaker said "There was footage in there of Joe actually killing animals for fun. He had, in the course of my year, he had walked up to a tiger he didn't like and just shot it in the head".

He also falsified records around whether his animals were even receiving any veterinary care.

Aside from his heinous animal abuse, he was also convicted of trying to hire someone to kill his rival - twice! Even worse? The reason he apparently wanted to kill her is that she was blowing the whistle on his animal abuse and it was hurting his business exploiting big cats. This is not a person who should be walking free among other people or animals.

It isn't surprising that Trump is considering pardoning him given that his own sons are trophy hunters themselves. His conviction was a big win for animal rights activists - we can't let Trump undo it with one stroke of his pen.

Please sign on to make sure Trump does not pardon this abuser!