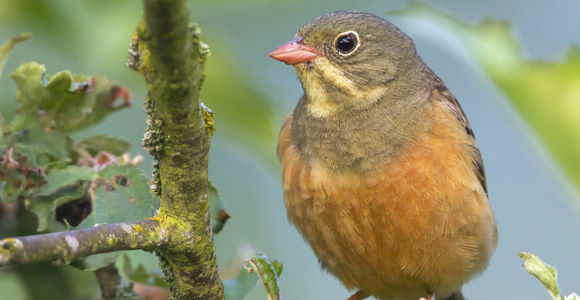 The beautiful ortolan bunting is at risk of extinction because of a cruel and outdated French eating ritual. But if French authorities act quickly, they can protect this migrating songbird before it is too late!

Sign now to demand French authorities crack down on ortolan bunting hunting to save this bird from extinction!

Ortolan bunting populations have plummeted, declining by a shocking 88% in less than 40 years. While habitat loss and climate change have impacted buntings, experts agree that hunting the bird for its reputation as a delicacy has played a major role in its decline. And now, conservationists are worried the bird is at grave risk of extinction.

The practice, which has the support of many famous chefs and politicians and France, involves capturing the birds, trapping them in cages to fatten them while they suffer, and then horrifically drowning them in Armagnac.

After this disturbing process of slaughtering these innocent animals, diners then eat the bird whole while hiding underneath a napkin.

Authorities have already declared the ortolan bunting endangered in France and several other European countries. And, French restaurants have been banned from serving the bird for more than 20 years. Yet despite this, many people still participate in this gastronomic tradition of torture.

As a result, on average 30,000 ortolans are hunted during their autumn migration. Extinction is permanent - and we cannot allow an entire species to be lost because of a cruel and unusual slaughter and eating ritual.

The time is now for French authorities to enforce bans on ortolan bunting hunting and actively police poaching. We must protect the ortolan bunting while we still can! Sign the petition now if you agree!
Sign Petition
SHAREShare With FriendsTWEETEMAILEMBED
Sign Petition
See more petitions:
You have JavaScript disabled. Without it, our site might not function properly.