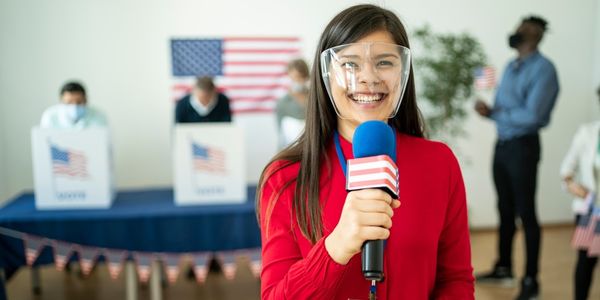 Tell the media: don't call a presidential election winner until every last vote is counted!

The 24-hour news cycle is a chaotic phenomenon born out of competition and sensationalism. While it's true that there is always something notable going on in the world, major networks have chosen to compete for audience numbers by transforming the news cycle. No longer is it exclusively a place of information, relevance, and proportionate response — now it is also an entertainment mechanism that depends on dramatization and opinion to pull in viewers.

Now, heading into the most important — and chaotic — election in recent U.S.history, the people of the United States deserve news outlets that will deliver thoroughly vetted information in a responsible, verified manner.

Sign the petition to demand that major U.S. news organizations, including Fox, NBC, CBS, CNN, and ABC, all pledge NOT to call a presidential winner before the results are 100% verified — which will almost certainly not be on election night.

The idea of an 'election night' winner is actually a myth born out of the very circumstances mentioned above. In fact, even the term 'election night' itself is now extremely out-of-date, since early voting begins weeks before — both in-person and via postal mail — in most states. While in-person voting occurs on Election Day, but in many states, mail-in ballots can be received for days after, and this has already been true for years.

The counting of said mail-in ballots, plus the tally of in-person ballots, takes time, and we must insist that every single vote is counted. This means that no media outlet should project, extrapolate, or jump to conclusions on election night. Who won must not be turned into a matter of opinion — it must be completely informed by concrete facts and finalized numbers. These networks have the responsibility to withhold their own urge to "be first" to break a story, and just report the facts.

By U.S. law, on December 14, after all ballots are counted, the electors that make up the electoral college cast their respective votes for the presidential election. These electoral votes are not even formally counted until January 6 in front of Congress, which is followed two weeks later by the president's inauguration. Obviously, 'election night' is a dangerous misnomer that does not accurately reflect the realities of the electoral timeline. Media outlets should do the right thing and make this widely known, both leading up to Election Day and then on election night itself.

This timeline is well-established, but the media has fumbled this before. Back during the 2000 presidential election between George W. Bush and Al Gore, news outlets started reporting projected winners only to learn that the race was too close to call and would require an intense recount. The confusion surrounding the projected results and who really won did a great disservice to the American people, who wouldn't know the true winner for weeks. The country was left divided and reeling.

The 2020 election could prove to be another such race, and therefore every single vote is vital to our democracy. It will also involve an unprecedented amount of mail-in ballots as people do their best to stay safe during the ongoing COVID-19 pandemic. And it's of the utmost importance that the media not accidentally feed into Donald Trump's false story of supposed 'voter fraud' by peddling disinformation.

Between the sabotage of the United States Postal Service, a dangerous shortage of poll workers and therefore polling places, Trump's vow to not transfer power peacefully, and his affinity for bending or outright denying the truth in real time, we need all of the help we can get in establishing and protecting a free and fair election on and beyond election night. Our media sources should be working for us, not for themselves and their own audience numbers.

Sign the petition asking that the major news outlets, including Fox, NBC, CBS, CNN, and ABC, vow to uphold the TRUE results of this presidential election by not calling the winner early!
Sign Petition
SHAREShare With FriendsTWEETEMAILEMBED
Sign Petition
See more petitions:
You have JavaScript disabled. Without it, our site might not function properly.