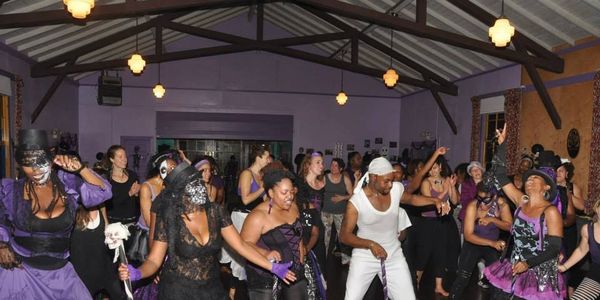 Humanist Hall should NOT be considered a nuisance property!

The City of Oakland has declared that Humanist Hall is a nuisance property. However, we petitioners believe Humanist Hall is a valuable family, community, and cultural resource for the under-served communities of Oakland. We love to see Humanist Hall fulfill its mission of supporting diverse minorities and activists! Please do not let our beloved Hall be a victim of gentrification!

Today the City of Oakland and the condominium owners and renters next door are riding high on a real estate bubble, high on a giant wave of development and gentrification sweeping through Oakland. Developers are gentrifying Oakland at lightning speed to take advantage of today's real estate bubble in a hurry. They are always in a hurry to make their money because time does not stand still. The bubble will burst, sooner rather than later.

Since 2004, while riding high in their condo next door, members of the Homeowners Association have taken up the gentrification project of the City of Oakland. They have called the City – countless times -- expecting it to shut down our venue, Humanist Hall, on the basis of noise, litter, blight, delayed maintenance, hours of operation, children playing outside in our back yard, patrons standing on the front porch and talking, patrons walking in the parking lot, patrons getting in their cars on the street, patrons walking down the sidewalk in groups, and many other offences. The City, anxious to please condo owners and developers, has responded by declaring Humanist Hall a nuisance property.  This give the City the authority to fine and regulate our venue business enough to wreck it.

The City uses homeowner complaints against Humanist Hall as their main excuse to declare our Hall a nuisance property and to advance their ambition to shut it down for the sake of gentrification. Apparently one homeowner complaining to the City is enough to shut down Humanist Hall, even though 20,000 people/year who use our hall would have to go without.

We are asking Mayor Schaaf to encourage the condo owners and renters to respect the social norms of the neighborhood -- our neighborhood -- that they have moved into. People here come from all over the global South. Many of them are boisterous and celebratory people. They do not normally fall silent at 10:00 pm on a Saturday night -- when the City requires us to shut down all parties.  Some of them are Mexicans. They built the condo.  Yet the City does not want them to celebrate their culture in this neighborhood. As Mayor, you can set the tone, be the leader for a better world.  Allow minorities to  enjoy their cultures without harassment and disruption. Their ceremonies and celebrations are very important to them, more so than buying new cars. Be an example to the condo owners and renters to choose love and community over hatred and isolation. It is well to prepare for the future by loving your neighbors!

Care2
Humanist Hall should NOT be considered a nuisance property!
SHARETWEET