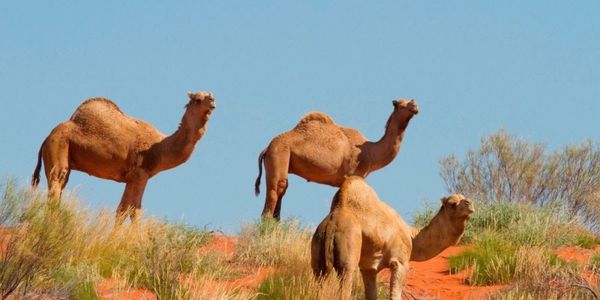 Demand an End to stop killing of camels in Australia, Now!!

Australia govt should stop killing of over 10,000 camels on the pretext that they consume too much water. Camels do have right to live just like any other species. Animal rights is the idea in which some, or all, non-human animals are entitled to the possession of their own existence and that their most basic interests—such as the need to avoid suffering—should be afforded the same consideration as similar interests of human beings. That is, animals have the right to be treated as the individuals they are, with their own desires and needs, rather than as unfeeling property.
The consequences of animal rights

Animal rights teach us that certain things are wrong as a matter of principle, that there are some things that it is morally wrong to do to animals.

Human beings must not do those things, no matter what the cost to humanity of not doing them.

Human beings must not do those things, even if they do them in a humane way.
Supporters of animal rights believe that animals have an inherent worth—a value completely separate from their usefulness to humans. We believe that every creature with a will to live has a right to live free from pain and suffering. Animal rights is not just a philosophy—it is a social movement that challenges society’s traditional view that all nonhuman animals exist solely for human use. As PETA founder Ingrid Newkirk has said, “When it comes to pain, love, joy, loneliness, and fear, a rat is a pig is a dog is a boy. Each one values his or her life and fights the knife.”

Only prejudice allows us to deny others the rights that we expect to have for ourselves. Whether it’s based on race, gender, sexual orientation, or species, prejudice is morally unacceptable. If you wouldn't kill a dog, why kill a camel? Dogs and camels have the same capacity to feel pain, but it is prejudice based on species that allows us to think of one animal as a companion and the other as less important.
If Camels pose risk to the local communities in south Australia, let the government find a better solution. Killing over 10,000 camels is not a good idea. Australia can export those camels to countries that value camels so dearly such as Somalia or Arab countries.
Sign this petition to end this atrocity against camels Now.
Sign Petition
SHAREShare this petition with friends!TWEETEMAILEMBED
Sign Petition
See more petitions:
You have JavaScript disabled. Without it, our site might not function properly.

Care2
Demand an End to stop killing of camels in Australia, Now!!
SHARETWEET