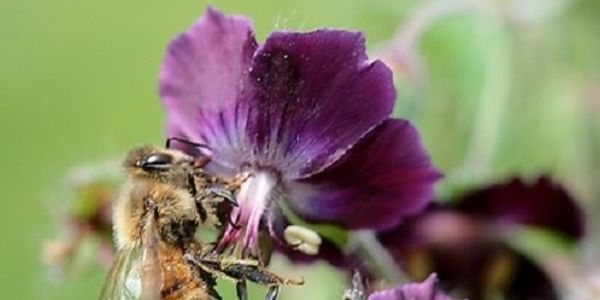 Demand EPA to tighten regulations and studies regarding use of pesticides on honey bees!!

Please sign and share petition in an effort to save the honeybees from extinction due to their demise by deadly pesticides.

Honeybees are a major necessity in pollination and one-third of a human’s daily diet is reliant on the “job” of the honeybee.  The EPA or Environmental Protection Agency is continuing to work on resolving the pesticide issues, due to a critical system known as “conditional registration.” This system is a way to just get pesticides in use as quickly as possible, without considering the devastating consequences. This is a very lax system that needs further investigation to alter the dangerous chemicals currently in use.

The system of conditionally registered insecticides is causing impairment in the immune system of honeybees, declining their population by 30 percent within the past year, as stated by the U. S. Department of Agriculture. A spokesman for the Center for Biological Diversity states that “to continue to risk the collapse of our honeybee population and other insects that support our ecosystems is a tragedy.”

What is more devastating is that the EPA believes they have all the missing data regarding this problem, knowing full well what the issues are, yet they are still go forward with these pesticides!! They claim however that record-keeping problems do not affect the safety of pesticide products they approved and say they are taking steps to improve the tracking of these products, hoping to promote consistency and enhance transparency of their system.

The EPA has promised to more their system more efficient in tracking condition registrations but other officials fear that they do not follow through on their promises to protect the environment and chemicals used that are harmful to honeybees and other insects. Some EPA advocates are not convinced that the conditional registration system is inappropriate; only that the tracking is poor, saying that the problem with honeybees is due to a colony collapse disorder.  Absurd! You can read the full story of protecting the honeybees and the environment at http://dailyeurope.org/2013/12/22/epas-system-of-tracking-pesticides-harmful-to-honeybees-critics-say/.

The EPA once approved a pesticide that was less toxic to humans and wildlife, followed by other improvements throughout the years, but with many flaws. These improvements and studies were classified as supplemental because they had some sound information but did not follow testing protocol. Not enough is being done to protect the environment, the honeybees, other insects and wildlife from deadly pesticides.

We need to encourage the EPA to improve its record-keeping system and take control of these conditional registrations affecting the life and priorities of the honeybees.  Without the honeybees and their effective pollination efforts, many crops would be lost, humans and wildlife would starve.  They are imperative for the environment and must be protected. Please sign and share petition in an effort to save the honeybees from extinction due to their demise by deadly pesticides.

The Environmental Protection Agency – Please do all you can, as promised to tighten up regulations regarding pesticides and the scientific studies!  Studies must be completed to full satisfaction, taking the toxic products off of the market and approve safe pesticides that will not result in the demise and extinction of the highly-needed honeybees and other important wildlife!

Care2
Demand EPA to tighten regulations and studies regarding use of pesticides on honey bees!!
SHARETWEET