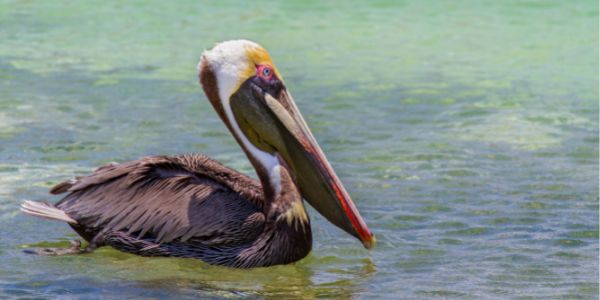 Someone Is Viciously Attacking Brown Pelicans in Southern California, at Least 30 Victims so Far!

Since March 2021, at least 30 pelicans have turned up injured and mutilated in Southern California. The nonprofit called the Wetlands and Wildlife Care Center is working to save each of the victims, but so far only 10 have survived. The worst part? These are not natural injuries --it appears that a human or humans are intentionally mangling these beautiful shore birds. Authorities are looking for the culprit, but this needs to be of the highest priority. We also need to get the word out there for all residents and visitors so they know who to call if they witness this violence!

Sign and share the petition to spread the word: someone is harming brown pelicans and they must be stopped!

This population of brown pelicans has already suffered so much due to human activity. Prevalent use of the chemical DDT shrank their numbers dramatically while it was in use before 1970. Climate change has also threatened them and forced them to move further north for breeding. Now they are facing more violence from humans and it's absolutely unacceptable!

Experts say that the species is critical for California's biodiversity. But beyond that, they are living beings who don't deserve this cruelty! The folks at Wetlands and Wildlife Care Center say that the injuries are largely mangled wings, so severe that bones are protruding from their skin. So far, 30 birds have been brought in for medical care, but there is no telling how many more perished in the wild before they could be rescued. Each surgery is around $5,000 -- if you have the means, please consider supporting this rescue.

Apparently, pelicans are easily lured by food, making them easy targets for malicious people. In fact, this isn't even the first streak of attacks in recent memory. Just last year, a handful of pelicans' pouches were slit so that they could not hold food and would slowly starve to death!

Please spread the word and sign the petition and keep pressure on local authorities to prioritize finding the culprit and stopping the attacks!

Care2
Someone Is Viciously Attacking Brown Pelicans in Southern California, at Least 30 Victims so Far!
SHARETWEET