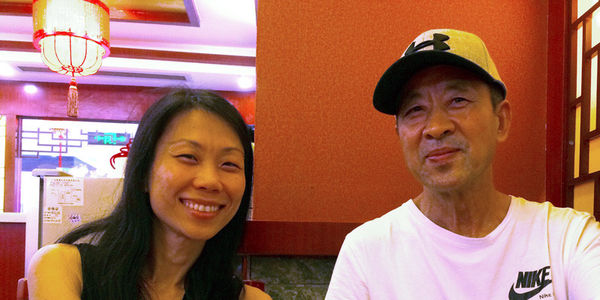 My Father Was Imprisoned and Harassed In China for His Spirituality. Help Me Get Him to the US!

My father, Zhiwen Wang, has been persecuted by the Chinese communist party for decades due to his spiritual practice. On July 20th, 1999, he was illegally detained and sentenced to 16 years in a prison labor camp after the communist regime banned his practice, Falun Gong, which is based on the principles of truthfulness, compassion, and tolerance.

Now, according to Chinese law, my dad is supposed to be free, yet he is continually followed by undercover agents, harassed by local police, and has had his passport cancelled within months of it being issued for no known reason.

Currently, there are 4 police permanently stationed outside my dad's front door, and a police car follows him wherever he goes. If he tries to go for a walk, two of the agents walk on either side of him and two remain to watch his house. It is absolutely unacceptable on all levels because he is completely innocent!

As a protector of human rights and voice of justice in the international community, the United States government has the power to pressure the Chinese communist party to reissue Zhiwen Wang's passport and allow him to travel abroad. After following every legal requirement from both the Chinese and US side, Mr. Wang has every right to travel abroad, but he needs external pressure to ensure this can be done quickly and safely.

We ask your support in signing this petition to let Secretary of State, Mr. John Kerry, know that his intervention is needed to make this possible.

Thank you for your support!
Xiaodan
Daughter of Zhiwen Wang

We the undersigned are petitioning to ask you to intervene on the behalf of Zhiwen Wang, father of American citizen Xiaodan Wang, former prisoner of conscience, and approved immigration applicant. In August 2016, after completing all legal documentation requirements, Mr. Wang was denied exit from China and his passport was cut, rendering it useless.

Mr. Wang has been persecuted for being a Falun Gong practitioner. For decades, he has practiced this ancient practice for improving the mind and body through exercises and self-reflection based on the principles of Truthfulness, Compassion, and Tolerance. When the Chinese regime banned the practice in July of 1999, Mr. Wang was the first practitioner to be arrested and one of the four put on a show trial and sentenced to 16 years in prison.

In October of 2014, Mr. Wang was released a year early and should have been a free man, but he continues to be harassed by local police and followed by undercover agents. In July and August of 2016, while attempting to get his visa documentation, Mr. Wang and his family faced threats from police and were followed constantly by secret agents.

Mr. Wang's passport was issued by the Chinese authorities in January 2016, only to be canceled a few months later. With your intervention, he can have his passport reissued and his safe exit from China ensured. As long as the persecution rages on, it is not simple for him to travel freely, and he needs international pressure to keep him safe and deliver him to freedom.

Thank you for your efforts.

Care2
My Father Was Imprisoned and Harassed In China for His Spirituality. Help Me Get Him to the US!
SHARETWEET