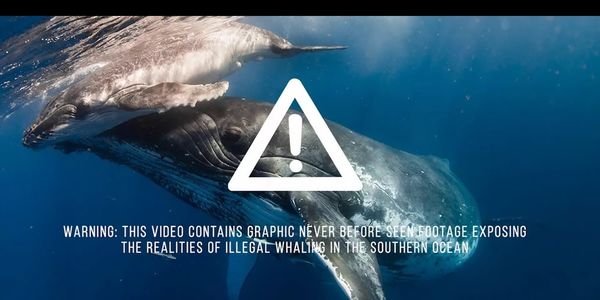 Japanese whaling, in terms of active hunting of these large mammals, is estimated by the Japan Whaling Association to have begun around the 12th century.However, Japanese whaling on an industrial scale began around the 1890s when Japan began to participate in the modern whaling industry, at that time an industry in which many countries participated.Japanese whaling activities have historically extended far outside Japanese territorial waters, even into whale sanctuaries protected by other countries.
During the 20th century, Japan was heavily involved in commercial whaling. This continued until the International Whaling Commission (IWC) moratorium on commercial whaling went into effect in 1986. Japan continued to hunt whales using the scientific research provision in the agreement, and Japanese whaling is currently conducted by the Institute of Cetacean Research. This was allowed under IWC rules, although most IWC members oppose it.However, in March 2014 the UN's International Court of Justice ruled that the Japanese whaling program, called "JARPA II", in the Southern Ocean, including inside the Australian Whale Sanctuary, was not in accordance with the International Convention for the Regulation of Whaling, and was not for scientific purposes, as it had claimed.They ordered Japan to cease operations.Despite the court order, Prime Minister Abe quickly called for the resumption of whaling operations.[8] In December 2015, Japan went ahead with their whaling program, renamed "NEWREP-A". On January 15, 2017, a helicopter in the Australian Whale Sanctuary photographed the Japanese whaling vessel Nisshin Maru with a freshly-killed minke whale on its deck.Crew members quickly covered the carcass after seeing the helicopter. Their objective is to hunt 3,000 Antarctic minke whales over 10 years, starting with 330 whales during the 2015–16 season.[citation needed] Antarctic minke whale have experienced an apparent decline in population, though the International Union for Conservation of Nature (IUCN) indicates that it lacks sufficient data to confer a "threatened" designation on the species of minke whale.
These hunts are a source of conflict between pro- and anti-whaling countries and organizations. The UN's International Court of Justice, in addition to other Nations, scientists, and environmental organizations consider the Japanese research program to be unnecessary and lacking scientific merit, and describe it as a thinly disguised commercial whaling operation. Japan maintains that annual whaling is sustainable and necessary for scientific study and management of whale stocks, though the Antarctic minke whale populations have declined since the beginning of the JARPA program[9] and those whales killed have shown increasing signs of stress. Japan, echoing Norway's arguments on its own whaling activities, also argues it is entitled to continue whaling because of whaling's place in its cultural heritage. The whale meat from these hunts is sold in shops and restaurants, and is showcased at an annual food festival that, in some cases, features the butchering of a whale for onlooking children.