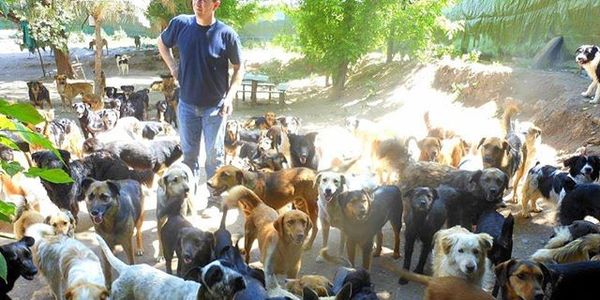 It's estimated over 7,000 dogs have abeen killed there and well known they are tortured & systematically starved - we have been trying to save as many as possible by reserving them vetting them/placing them in private kennels & finding them fosters or adopters. But we have run out of funds & need urgent help!

SEND LETTERS TO EXPRESS YOUR OUTRAGE AT THIS ATOCITY:

Dear sirs, I want to express my deepest indignation for the recent campaign, launched by the government of Belgrade, against stray dogs. I know that since about six months the government starts to capture and bring to the city pounds all strays, without tell nothing about their destiny. I know that in Pozega there is a terrible city pound called “Nas Dom”, which lodges strays from eight municipalities, where dogs being killed every 7-10 days. I ask to Serbian government to respect the European convention for the protection of pet animals, ratified on July 2011, stopping immediately and definitely the mass euthanasia and launching programs of catch-neuter-return in all Serbia. I also ask to improve conditions in shelter and to promote adoptions. Show to the world that Serbia is respectful, civil and human to animals. Kindest regards,

-We will raise funds, build awareness and assist with lobbying the government. This infamous torture dog pound ironically called "Our Home": - is catching dogs from 7 Serbian cities - after a few weeks dogs are killed with t61 injenction & no legally required sedation - or they are strangled or beaten!!! - dogs are literally starved before they die - most dogs can no longer walk - & can barely lift their heads Pups only couple of months old are curled up on the ground & do not react any more to the human voice.