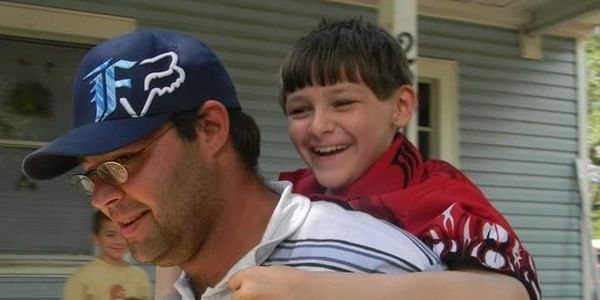 45th President of the United States

RE:  An Executive Order Designating School Shootings as Acts of Domestic Terrorism

Thank you for taking your valuable time to read this letter. My name is John R. Conard. My beloved nephew Jared Conard Black, along with nine other innocent students and teachers, lost their lives in the Santa Fe, Texas High School massacre on May 18, 2018 with 13 others wounded.

I am writing to encourage you Mr. President to sign an Executive Order declaring (1) that school shooters and bombers are domestic terrorists to be prosecuted under federal law and (2) those who aid and abet them are accessories before the fact to domestic terrorism.

I believe these things will ensure swift justice, unlike what has occurred in my nephew’s confessed murderer’s case as no trial date has been set 1.5 years since the massacre, and will also prevent further attacks on our nation’s schools, colleges and universities.

Why do I feel this way?

Following the failed mass bombing at Columbine High School on April 20, 1999, an event which influenced so many attacks over the years in our country and abroad. A few include the 2012 Sandy Hook Elementary School massacre, the 2007 Virginia Tech massacre, the 2018 Crimea Technical School massacre in the Ukraine, as well as the Santa Fe High School massacre. This was the situation with the confessed shooter who murdered my beloved nephew and who also wore a black trench coat/duster to school as did the Columbine killers who were infamously known to be the (black) Trench Coat mafia.

The Columbine killers meticulously planned their attack and leaked their violent intent for at least one year and looked up to the domestic terrorist Timothy McVeigh as they plotted a bombing similar to what McVeigh did at the Murrow Building in Oklahoma City. Indeed, Columbine occurred four years and one day following the Oklahoma City bombing.

Incredibly one of the Columbine murderers wrote about hijacking a jet and slamming it into New York City in 1998, a full three years before 9/11. They and all school shooters are properly regarded as domestic terrorists.

Columbine established the modern active school shooter/bomber era. Unfortunately too much time and lives have been lost as our country has focused on such matters as debating  the Second Amendment relative to school shootings. In direct response to Columbine, the United States Secret Service in 2004 published a report finding that 2/3 of all school shooters obtain their firearms from parents or close family members. More gun control laws, therefore, will have little to no effect on stopping these savage attacks from continuing because as the Secret Service’s report reveals, these underage school shooters obtain their guns illegally. The true focus should be on regarding these continuing events as acts of domestic terrorism.

The events of May 18, 2018 have drastically changed my life and that of my family. During the last 17 months many of us personally affected by these senseless acts have been advocating to end these terrible Tragedies of Humanity. Along the way I have formed unbreakable bonds with many people who share this life altering struggle of our awful new reality.

I write this letter today, not only in memory of my precious nephew and our family, but for all of the victims, survivors, community members and the children and teachers of this great Nation who have a right to an education in schools that are safe for them.

The children and teachers of this nation are on the front lines of an invisible war,  and we need your help with an indescribable urgency. We are on bended knee seeking immediate action. It is our most sincere belief that these terrible tragedies equate to domestic terrorism. I can Personally tell you that May 18, 2018 was the most Terrifying Day of my life. The fear and sorrow from that day encompass my entire life. While many legislative actions are in progress, the carnage has not yet stopped. While Congress works on these very important measures, we seek from you a declaration by executive order that All school shootings be considered acts of domestic terrorism. By issuing this order you would be ensuring the American public that our nations resources and agencies will take every possible measure to Prevent these crimes against Humanity. And that any offenders will face federal terrorism charges and be prosecuted as such. Far too many lives have been lost, and communities shattered, as an ever growing wave of fear sweeps across our country. Every time one of these Terrifying events strikes our nation, the words "I didn't think it could happen here" are spoken.

You have the ability to help save Humanity Mr. President. With the stroke of a pen on your executive order  you can completely change the ball game. We can take the fight to these Terrorists. Instead of waiting in fear for the next atrocity to happen, you can create a new culture of prevention and accountability. The Fabric of our society is torn Mr. President, we need a courageous leader to take immediate action and to Say for the world to hear, this is Terrorism, this will not stand, and I am doing something about it. Let this be your legacy Mr. President. Save the children of America. You can be the savior of eternal sorrow. I would welcome the opportunity to speak with you in person and provide my research supporting the beliefs that school shooters are domestic terrorists and that parental accountability is the key to preventing more tragedies.