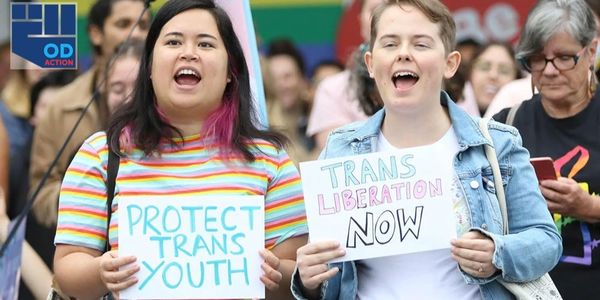 Legislators in Arizona are quietly working overtime to permanently institutionalize anti-LGBTQ bigotry and are deliberately targeting those in the most need of protection and care — trans children.

In an appalling show of cruelty, Republicans in Arizona have introduced an avalanche of bills designed to ostracize, demean, and deny healthcare to trans kids. The proposed legislation ranges from major restrictions, like a ban on gender-affirming surgery for those under 18, to the most petty and spiteful minutiae, like removing any gender options other than "male" or "female" on state documents.

Add your name to demand the Arizona legislature stop these discriminatory bills!

Just proposing these bills is going to heap psychological trauma and hardship upon trans kids. But if they become law, lives will be lost. Surveys show that 14% of trans youths have tried to commit suicide, including over half of all transgender male youths. Young people shouldn't have to feel like they're being oppressed, harassed, and rejected by their own state government.

Sign your name to tell the Arizona GOP to leave trans kids alone and share this petition on social media to raise awareness!