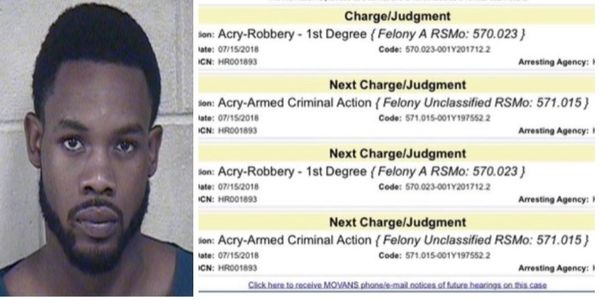 Seeking Support For Justice To Be Served

Many of you know my partner and I personally. Many of you only know us via Facebook. Regardless we would really appreciate your support.

On July 15 last year, two men broke into our home and robbed the two of us, my brother and his wife at gunpoint (semi automatic weapons held so close to our faces you could smell the gunpowder in them from being fired previously). We stepped out onto our porch to take them to the airport, and they were hiding on the porch and very aggressively forced us back into our home, made us all lay on the floor while one continually yelled at us, while the other walked around the house taking things. At the end they told us all to get up and get on the couch one at a time. All four of us were sure at the time they were going to kill us.

The six minutes it took them to rob and assault us, have changed our lives forever. We no longer live in the home/community we lived in and loved for 18 years. The memory of what happened there and the fear of the one man who was with the one they caught and returning terrifies us. We all four have been diagnosed with PTSD. We are constantly looking over our shoulders and are always on guard and prepared for the next attack in our lives. Our circle of trust is so tight there is barely room for even light to creep into it, let alone other human beings. We struggle every day just to step outside of our homes and interact with even the people we know, deep in our hearts would never hurt us. Our view of the world we once knew has changed in ways one can never imagine.

They did catch one of the young men, who had three prior felonies for similar crimes and was on probation. He is now going to trial for the crimes he committed against us. He is also facing probation violations for his previous crimes. His name is Jha'merre McCallop.

As you may know, the Jackson County Prosecuting Attorneys Office has THOUSANDS of cases sitting on their desks waiting for court dates and decisions to be made. Ours is just one more they have to deal with. At no fault of their own, I'm sure ours is just another item in the pile.

We would like to give our case, faces and names for them to hear and see while deciding how to sentence one of the men responsible for the crimes he committed against us. We are asking for people to sign this petition for all of the judges and lawyers to read.

Judge Campbell is presiding over our case, which consists of four felonies. Once he determines the sentencing for him in our case, which is in the process of determining if it goes to trial or a plea deal is reached, the probation hearing will finally take place. The judge over that has the choice to have whatever time he gives him served concurrent with the time he serves for our crimes or to add more time to it if he feels it is just. I hope this makes sense.

I'm all for justice reform and supporting people who make mistakes. But his history and failure to follow through his probation requirements is a loud and clear statement that it didn't work in his case. Telling who is accomplice was would be a nice indicator that he is remorseful. The world he lives in makes him a hero for what he does and for not telling. Many adults in his life support his lifestyle, many of them are screaming set him free. His community is rallying around him. It's time ours aren't afraid to rally back. Awareness is what we want. Justice will be determined by the justice system and the judges. I'm just tired of being afraid of his family, his friends and possibility of retaliation. I would rather die than be afraid anymore.

By signing this petition you are asking the following people,

To consider the statement of this petition when you determine the outcome of this case."

It would mean more to us than you ever know.

Care2
Seeking Support For Justice To Be Served
SHARETWEET