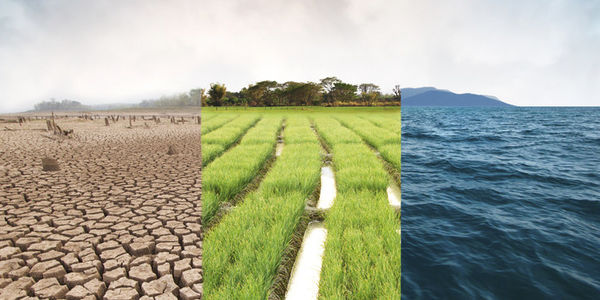 Within the next 30 years, leaders of the European Union (EU) are aiming to bring down their member states' net emissions of greenhouse gases by more than 55 percent. Even better, within the next 14 years, they hope to eliminate carbon dioxide emissions coming from automotive vehicles. The goal? To turn Europe into "the world's first climate-neutral continent by 2050."

This is a fantastic idea. It's time for North America to join Europe's ranks. Ask the leaders of Canada, the U.S., and Mexico to launch a similar plan!

As heat waves rip across the world, killing people outright and causing both wildfires and epic floods, the effects of climate change couldn't be more clear. Just last week, flooding in Germany, France, the Netherlands, Belgium, Austria, and Luxembourg killed hundreds of people and displaced tens of thousands. But Europe isn't uniquely vulnerable — a similar fate could befall areas of North America and other localities around the world if we don't take action quickly.

As Frans Timmermans, the European Commission Executive Vice President, said: "There is no time to waste. People are dying in Northwest Canada because it's 50 degrees Celsius [121 degrees Fahrenheit] there. Northwest Canada!"

While leaders in the U.S. have vacillated on whether or not to even acknowledge the catastrophe the globe is facing, officials in the EU are creating concrete policies that would balance environmental concerns with protecting social welfare. One way they plan to both help the Earth and bolster their economies is with new tariffs on imported goods from countries with more lax climate-related laws.

This also means that if the U.S., Mexico, and Canada don't act soon, exports from all three countries sent to the EU could face big new taxes. What a good reason to implement better environmental regulations!

Tell government leaders in North America to follow Europe's example and finally tackle the climate crisis head-on! North America must become a carbon-neutral continent, too.
Sign Petition
SHAREShare this petition with friends!TWEETEMAILEMBED
Sign Petition
See more petitions:
You have JavaScript disabled. Without it, our site might not function properly.