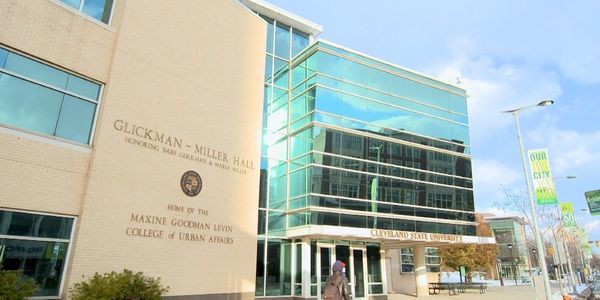 Letter to Pres. Sands of CSU to Save Maxine Levin College of Urban Affairs

We are writing in response to the consolidation proposal discussed in the Plain Dealer article dated September 18, 2020, and to urge the CSU 2.0 Task Force to leave the Maxine Levin College of Urban Affairs intact as its own college. We believe that the Levin college could serve to house other disciplines, but to dismantle Levin and move it under Health or Business would fundamentally change the culture, mission, and education it has historically offered students and the community.

To use a familiar phrase, for many in this nation 2020 has been unprecedented.

In less than a year we have experienced a health crisis that launched the economy into freefall, sent governments into panic, and sowed chaos in every American household, as we struggled to negotiate the new demands of the virus. Simultaneously, our culture has grappled with our white supremacist foundations, and has reeled as we have accounted for the ways it has seeped into modern systems. This is a time that our nation looks for leaders and puts its hope in younger generations.

Fortunately, for institutions like the Maxine Levin College of Urban Affairs, the issues we face are not unprecedented.

Scholarship of the urban discipline devotes itself to issues of eviction, poverty, economics, all levels of governance, policy, systemic racism, law enforcement, nonprofit administration, environmental issues, and public service. As the nation looks for leaders and a way forward, it is places like Levin that will train them, as evidenced by the long line of leaders that have emerged from the college, such as Mayor Frank Jackson, Ohio Senator Nikki Antonio, and countless other alumni who have gone on to serve on boards, councils, assemblies, and various other public service positions in the city, state, and nation.
Throughout this crisis, in Cleveland, it is scholarship and expert faculty from Levin that has advised local elected leaders, informed the public, and has trained up new advocates, researchers, and leaders to navigate both this crisis and those our society is bound to face in the future.

Particularly in Cleveland, a city renowned for its philanthropic and cultural footprint, divesting from the Maxine Levin College of Urban Affairs, an institution that is and has been the pipeline to providing the next generation of leaders, at a time of crisis, is misguided. President Sands, you recently said that you believe that the best way to save an institution is not by cutting, but by "investing in the future." There is no better way to invest in Cleveland State University's future than to invest in its future leadership.

According to Cleveland State's own 2018 Institutional Research & Analysis Report, the Urban college has a higher percentage of nontraditional students than any other college in the university, a staggering 65%. More than half of Levin students are part-time (again, representing the highest percentage in any college) and is second only to CLASS as the college with the highest percentage of African American students. To us, this information presents an opportunity.

We, the alumni and current students of the Maxine Levin College of Urban Affairs, co-sign this letter, as current and future leaders, to urge you to save our school.

Care2
Letter to Pres. Sands of CSU to Save Maxine Levin College of Urban Affairs
SHARETWEET