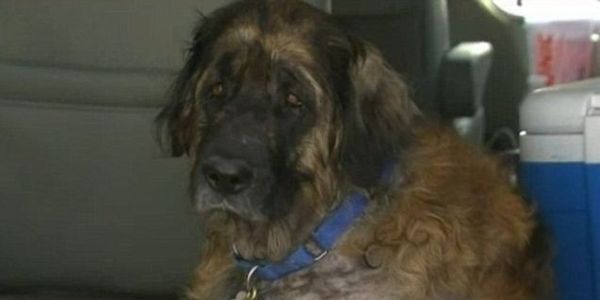 Please sign and share this petition on all your media sites nationwide to bring awareness to the animal clinic in Ft. Worth, Texas who recently told a family they had to euthanize their dog; months later the family in their grief found out their precious pet was still alive. The clinic kept the dog for the purpose of getting blood transfusions.

No one ever wants to endure the loss of a pet but when bringing their dog, Sid, a five-year old Leonberger into the Camp Bowie Animal Clinic, Marian Harris was told that Sid had deteriorating health and needed to be euthanized. Marian and Jamie Harris and their young son said their goodbyes and gave the clinic permission to bury Sid on the Vet’s farm. This vet visit was six months ago and the family went through their grief to only find out now that their pet has been alive all of this time. It was a worker at the clinic that called Ms. Harris to let her know her pet is still alive and existing in a urine and feces-covered cage.

Ms. Harris was extremely excited to get her dog back but angered at the same time. "It was like getting punched in the stomach and then some. This has rocked our world. My kids are like, 'How does somebody do this?' How does this happen?" She stated that “The betrayal is so incredibly intense that nothing you have prepares you for the emotions.” She and her husband barged into the clinic to see Sid and retrieve him from the back room. “He was able to walk and jump in the back of my minivan so it was an excitement to be reunited,” said Harris. After getting Sid back, they took him to another vet for an evaluation who claimed he was perfectly healthy and never needed to be euthanized!

After finding Sid, investigators were called in to investigate the Camp Bowie Animal Clinic at the 5700 Block of Lovell Avenue in Ft. Worth, seizing several other animals as evidence of this deceit and fraud. The informant at the clinic, Ms. Brewer stated that "I'm happy that something can be done and that people are listening, and that they can't get away with it no more." At least, on a good note, Sid is back home with his family and being treated by other veterinarians. According to her attorney, Ms. Harris states that doctors say Sid has Mange, definite signs of being used for blood transfusions and showed evidence of being "abusively kenneled." However, Dr. Lou Tierce who was the main vet in question and others at the clinic have not commented on the situation and allegations.

It is difficult enough to find a doctor you can trust, for yourself, your children and your pets. You would like to think your animal is in good hands and not that of a crook who could literally harm it and keep it in horrific conditions while allowing the owners to grieve the loss of a pet they can’t even save, except for a good person like Ms. Brewer. This clinic needs to be closed immediately and all the vets involved, and vet techs that held the truth should lose their licenses and never work with animals again!

Please sign and share this petition on all your media sites nationwide to bring awareness to the animal clinic in Ft. Worth, Texas who recently told a family they had to euthanize their dog; months later the family in their grief found out their precious pet was still alive. The clinic kept the dog for the purpose of getting blood transfusions.

Ft. Worth Dallas Law Officials and the State Board of Veterinary Medical Examiners – This is such a horrifying story regarding the Camp Bowie Animal Clinic at the 5700 Block of Lovell Avenue in Ft. Worth. These people could never compensate the Harris’ family for their heartbreak and grief at the loss of their pet, only to find it months later living it horrific conditions AT A VETERINARY CLINIC!! People turn to these people to get their pets healthy and well. Owners trust their vets to provide good service and advice; these people had no reason to doubt Dr. Lou Tierce or any of his staff because, obviously a vet office has a passion for animals and doing what is in their best interest. WRONG!!! This clinic needs to be closed immediately and all the veterinarians, their assistants and vet techs that knew of these ill practices, except for good Samaritan Ms. Brewer need to lose their jobs, their licenses permanently and never be allowed to work with or even own animals for the rest of their lives. People like this who would abuse animals in this manner could not be trusted; ever!