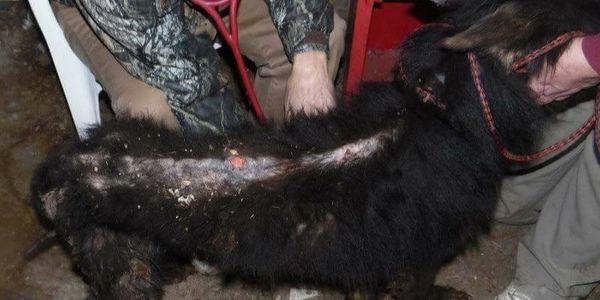 Justice for the Shiloh 20

We are writing to you all for assistance. On February 20, 2018 a PA HSPO Penny Dewoehrell entered the home of a PA resident and found 17 Shiloh Shepherd dogs and three other breeds in horrendous condition. They were skeletons with open sores and wounds. The HSPO said the owner/breeder surrendered all the dogs to her, but the HSPO allowed her to keep three of these dogs in her home.These dogs were dispersed among at least 5 different rescue groups most seeking Vet care.

The State of PA needs to examine how its laws that you all fight to enact are being enforced. To date the HSPO has only filed 3 Summary 5533 charges of animal cruelty on this suspect. The pending case we are aware of is to the Magisterial District Judge 33-3-03, docket MJ-33303-NT0000207,208,209. The HSPO left three dogs with her, and even though the suspect has been an active breeder for 18+ years and had four upcoming litters advertised on her website due this summer the HSPO is classifying her as a hoarder.  Most of these dogs were kept in her basement in rusted wire cages they had to break to open. The suspect admitted they some had not been out of these crates for two years. The Vet was unable to do a fecal as all they were able to collect was mostly wood shavings that the dogs had been eating to survive.

To date the way the State is handling this atrocity is more than upsetting. Since the original night the dogs were taken there has been such infighting among differing rescues and factions. The HSPO claims the DA will not even return her calls. The Shiloh Community in three days raised over $10,000.00 in donations and are paying for all Vet bills to the rescues that are allowing us to help. One of the rescue groups has refused our help and very little information  pertaining to the dogs taken to that rescue has been shared with our own 501(c) 3 Club and rescue.

The Shiloh Community is very strong and united and has placed many calls and emails to the Armstrong CO Detective Bureau. They were so inundated with calls they have asked calls to stop stating it is hindering their investigation.

From what we have been able to glean, they say they are investigating, yet have not spoken to the HSPO or the first Vet to see many of the dogs.

There have been many people claiming the unprofessionalism of the HSPO who has already lost rights in other counties but in all honesty, we do not care about all the in-fighting, we just want justice for these dogs.

We are asking for any assistance you can provide to ensure the suspect is charged for the laws she broke which in most cases would be 5534 aggravated cruelty.

You can see by the pictures we have attached the seriousness of this case.

Care2
Justice for the Shiloh 20
SHARETWEET