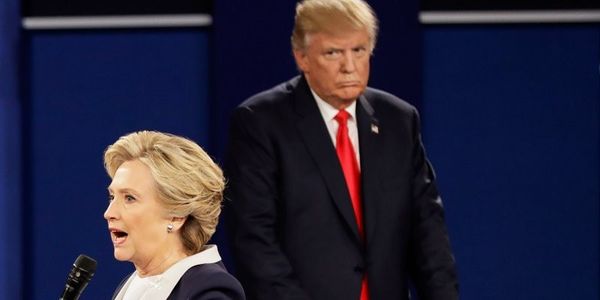 Cited by Interfax, Ryabkov stated: "There were contacts ... quite a few have been staying in touch with Russian representatives... We are doing this and have been doing this during the election campaign."

On November 16, NSA Director, Adm. Michael Rogers stated: There shouldn't be "any doubt in anybody's mind" that there was "a conscious effort by a nation-state" to sway the result of the 2016 presidential election."

While cyber experts had long been raising 'red-alerts' about hackers reaching into state voting rolls and mining voter data for the potential creation of 'phantom voters' that could alter election results, their concerns with respect to the serious threat of cyber-attacks on 'paperless' electronic voting systems, have been realized in this election.

Glaring irregularities between HRC's historic win of 2,000,000 popular votes over DJT's marginal 1%+- wins in key swing states leave suspect the cyber experts' warnings of malware and hidden "vote flipping" codes embedded in the software of those swing states that have given DJT's 50,000 voters the greater share of electoral college votes than HRC's 2,000,000 Popular votes.

The only remedy for ascertaining whether nefarious cyber-attacks (executed with a strategic .01 margin in key battleground states), were the source of the tabulation irregularities can only be determined by an #AuditTheVote .

Failure by the Department of Justice to consider HRC's record-breaking 2,000,000 popular votes as a mandate for exposing cyber-fraud in our electronic voting systems would be catastrophic to the integrity and sustainability of America's free and independent Democracy.

There is a serious national threat posed by the Trump campaign's communications with a hostile enemy state to interfere in the Presidential election with results that put in place a government friendly to Russian interests. It has been alleged that FBI Director Comey's public statements regarding HRC's ongoing investigation while remaining silent on potential conflicts of interest on the part of the DJT campaign ties and communications with Russia, influenced the election results.

Should it be determined in an Audit of the votes in key swing states, that cyber-attacks and vote machine tampering were the underlying cause of glaring irregularities would the decision by our Department of Justice be to simply ignore this fraud and criminal activity ? What would remain of Our Constitutionally guaranteed right to elect our President were bad acts to subvert our democratic elections process as was nearly the case in the Ukraine's elections when hackers installed malware on the voting systems?

In the interests of national security, an Audit of the vote is essential to guaranteeing that our free and independent elections are, in fact, the will of the People and not an attempt by foreign states to determine America's leadership.

WE, THE PEOPLE OF OUR UNITED STATES, Demand an #AuditTheVote in key swing states. This process would require that the DOJ would obtain an injunction against the Electoral College vote, scheduled to be held on December 19, 2016, until such time that the Audits has been completed and election results verified.

WE, THE PEOPLE OF OUR UNITED STATES, Demand a full accounting of DJT's conflicts of interests, complex financial network of potentially vulnerable obligations, and secret and multi-layered ties between DJT andRussia.

WE, THE PEOPLE OF OUR UNITED STATES, Demand that DJT's tax returns be made open to public scrutiny to determine how his ties to Russia pose threats to our national security, create serious foundational implications to America's diversity, moral compass, and future solvency as a nation, and whether DJT, The Trump Family, and The TRUMP organization may have conflicts of interest that prioritize personal financial gain over the American people and America's interests.

WE, THE PEOPLE OF OUR UNITED STATES, Demand that FBI Director Comey testify in public Congressional hearings under oath as to his role, and the role of his FBI investigators, in the leaking of information that influenced the 2016 Presidential election, and concurrent failure to make public the investigations surrounding DJT, DJT campaign officials, and their ties to Russia, and Russian cyber attacks.

WE, THE PEOPLE OF THESE UNITED STATES, Demand that Director Comey and FBI investigators be held accountable for the unprecedented leaks during an ongoing FBI investigation, that may have been in violation of the Hatch Act, and that influenced the elections 11 days prior.

WE, THE PEOPLE OF THESE UNITED STATES, Request that the DOJ find cause to seek an injunction on the EC based on newly presented evidence of voting irregularities that substantiate the tampering of voting machines and cyber attacks on electronic voting systems.

At all odds, America's disenfranchised voters have stood up to illegal attempts to prevent them from exercising their Constitutionally guaranteed right to vote.

Against a strategic campaign that has sought to restrict voter access to polls, late-changes to required ID's, purging of legitimate voters from voting rolls, FBI interference, hacking of voter rolls for potentially nefarious acts, and a malicious media campaign of fabricated stories, We Respectfully ask that the DOJ seek an injunction against the Electoral College to suspend the Dec. 19th vote in order to assess by Audit the integrity of the electronic voting systems and results in the key swing states.

(A Washington Post article reports that "outraged calls" "will not influence" DOJ action regarding their decision to #AuditTheVote - Only evidence of voting fraud).

Recently NSA director, Michael Rogers' statement made clear the absolute certainty of Russia's 'hacking' of our electronic systems. Technology experts and security investigators tasked with determining the severity of these countless cyber-attacks are all in agreement.

As the Representatives of these United States, You, and You alone are entrusted with the sacred duty of insuring the American people that no such breach will determine our country's leadership.

The security of our Republic against such attacks, by a hostile enemy state at the highest levels of our United States government with the nefarious intention of determining the leadership of our country, is Your sworn responsibility. Any attempt to look the other way in the interests of partisanship is not only reckless and negligent at its highest, but more importantly, Un-American.

As the votes continue to be counted from the 2016 Presidential election, it is clear that by a margin in excess of 2,000,000+ votes over Donald Trump, Hillary Clinton has won the Popular vote for Presidency of the United States.

In contrast, the staggering irregularities - identified by cyber-experts in the voting machine tallies of the key swing states of North Carolina, Florida, Wisconsin, Michigan, and Pennsylvania - raise grave concerns and implications as to the legitimacy, of our elections and the capacity for hostile nation cyber-attacks on our sacred democratic process.

At the start of your Public Service, Each of You placed Your hands on the Bible and solemnly swore that You would faithfully execute the Office for which you were appointed, and would to the best of Your ability, preserve, protect and defend the Constitution of the United States." We The People have entrusted our faith in the belief that our government will honor the blessing that has been bestowed upon you by representing our America's best interests.

It is Your sworn duty as our leadership, and incumbent upon You, to act with the utmost honor, moral character, and integrity to assure our free, fair, and impartial elections.

We, The People of Our United States, respectfully request that you honor your oath, put Country before Partisanship, and immediately and without equivocation, that suspension of the scheduled December 19th Electoral College vote be executed in order to conduct a constitutionally guaranteed Audit of the votes in key swing states.

We respectfully request that Congressional Oversight Hearings be conducted for public view that does a thorough investigation of Trump's ties and communications with Russian leaders, throughout the election, conflicts of interests, complex financial network of potentially vulnerable obligations, and secret and multi-layered ties between DJT and Russia.

As stewards of America's democracy,  You Placed Your hand on the Bible and Swore to uphold our Constitution. You solemnly swore to support and defend the Constitution of the United States against all enemies, foreign and domestic; and bear true faith and allegiance to the same.

This oath has never been tested more than during this election season. A season that, although ended, has only just begun to test the constitutionality of policy statements, made by our President-Elect, that reflect unprecedented levels of conflicts of interest, and potential violations of law.

Your Duty, to ensure the security of our nation in such matters, is clearly stated in the Federalist Papers: No 68:

"Nothing was more to be desired than that every practicable obstacle should be opposed to cabal, intrigue, and corruption. These most deadly adversaries of republican government might naturally have been expected to make their approaches from more than one querter, but chiefly from the desire in foreign powers to gain an improper ascendant in our councils...."