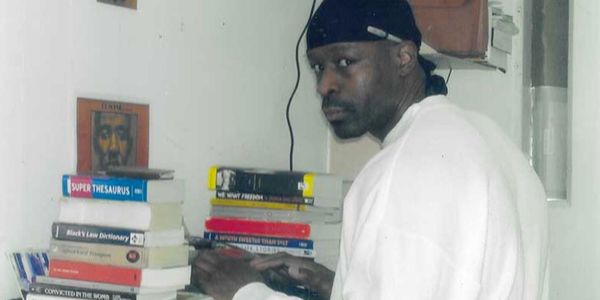 Death row inmate Keith Lamar is set to be executed November 16th, 2023, despite extensive evidence that he was wrongfully convicted by the state of Ohio. Lamar, imprisoned after defending himself against a home robbery, was only four years into his sentence when there was an uprising at the prison. The event resulted in the death of a prison guard as well as multiple inmates, and with no one to pin it on at the time the state worked as hard as they could to ensure Lamar would take the blame — all to maintain the illusion that they had it under control.

Paid informants offered false testimony, evidence of his innocence was intentionally withheld (including a confession to one of the murders from another inmate), and Black jurors were intentionally restricted from the trial. Keith Lamar, an innocent Black man, was sentenced to death by white jury and judge. He has subsequently spent the last 28 years in solitary confinement with no exceptions for good behavior, fighting to keep his indomitable spirit alive.

In 2011, the Joint Task Force to Review the Administration of Ohio's Death Penalty asserted "that no one should be indicted, let alone sentenced to death, based solely on the uncorroborated testimony of jailhouse informants." This is an independent task force of retired judges, attorneys, and college professors that was literally brought together by the Ohio Supreme Court. Based on this recommendation alone, Lamar should absolutely NOT be sentenced to death.

Lamar has suffered physical and mental abuse for a crime he did not do for over two decades because of a broken system. It's time to make it right.

Sign your name to call for the swift release of Keith Lamar, before it's too late!