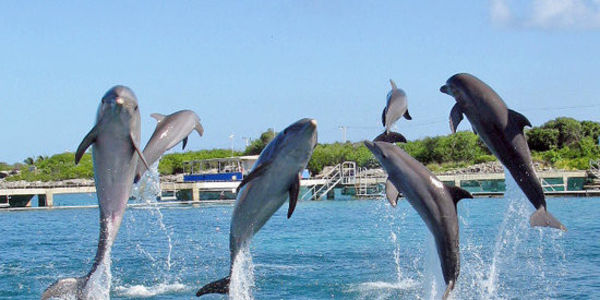 In light of erroneous facts being circulated regarding the proposed Dolphin Discovery facility at Pigeon Island St. Lucia, this petition aims to educate the public and the people about the factual plans in place for this development. The proposed dolphin facility will have numerous benefits for the island and people of St. Lucia.

Here are the facts:
The Developer, Dolphin Discovery, is the largest operator of dolphin parks in the world, with 21 operating parks in the United States, Europe, Mexico and several Caribbean countries.

Dolphin Discovery has successfully operated dolphin facilities, including one similar to the proposed project, within a National Park in Cozumel, Mexico, for over 20 years.

In addition, the proposed dolphin facility will attract many additional visitors, both tourists and locals alike, to Pigeon Island, generating significant income for the National Trust, which will help to increase self-sufficiency, rather than reliance on government funds.

The Proposed location for the dolphin facility is behind and outside the boundaries of both Josset's House and the Old Military Cemetery.

The landside operations of the dolphin facility would not encroach on either establishment, and would be connected by a pathway to the water's edge, where a 9-foot wide wooden deck walkway would lead to the dolphin enclosures constructed from treated timber.

The plant species used for landscaping will be consistent with those existing at Pigeon Island, with the addition of compatible colourful floral species.

Most importantly, contrary to information being circulated, the dolphins at Pigeon Island will have been bred, born and reared in human care at the company's dolphin centre in the British Virgin Islands. No dolphins at the proposed Pigeon Island facility will have been taken from "the wild" or would have ever lived in "the wild". Dolphins who have been raised by humans do not know how to survive in the wild, and research indicates that effort to integrate them into dolphin pods have been largely unsuccessful.

A specialist Veterinarian will be available 24-hours a day at the proposed Pigeon Island facility to care for the dolphins. Each dolphin will have a specifically formulated individually designed diet and feeding regime, tailored to its age, weight and individual needs.

The proposed Dolphin Discovery facility will produce both direct permanent jobs and indirect employment, as well as employment during the construction period.

The estimated number of direct permanent jobs to be created at the dolphin facility is 32, with 70% being St. Lucians from the outset, with this percentage increasing to 90% within 5 years.
The current percentage of local employment at the company's dolphin facilities in Jamaica is 95%.

The project will also have a significant indirect employment effect. Some of those benefiting will include: service providers, tour operators, tour guides, taxi drivers, coach drivers, and concessionaires.

The estimated number of visitors to the proposed facility over the first 5 years is approximately 200,000, which has obvious benefits for both the Pigeon Island National Park and the island of St. Lucia. Locals, particularly young St. Lucians, will also benefit from the learning value of the facility, where they will have the opportunity to engage with and educate themselves about these beautiful creatures.

Please support the proposed Dolphin Discovery at Pigeon Island by signing this petition.

In light of erroneous facts being circulated regarding the proposed Dolphin Discovery facility at Pigeon Island St. Lucia, this petition aims to educate the public and the people about the factual plans in place for this development. The proposed dolphin facility will have numerous benefits for the island and people of St. Lucia.

Please support the proposed Dolphin Discovery at Pigeon Island by signing this petition.