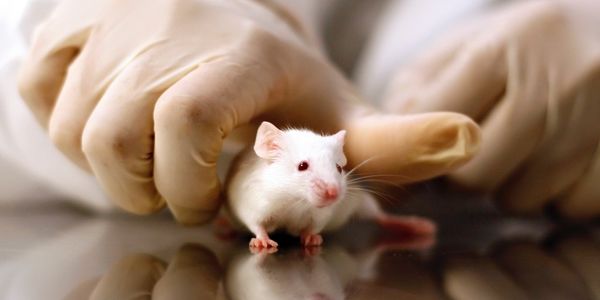 Animal experiments are always heartbreaking, since they involve caging up scared, confused, helpless animals that are tortured and prodded until they're no longer considered "useful." But the animal research industry doesn't only exploit laboratory creatures - it also kills off millions of "excess" animals that are never even used in experiments. This includes in countries like Germany, where such corporations, private research institutes, and universities regularly perpetrate such culls.

Sign the petition to demand an end to these mass culls of "excess" laboratory animals in Germany!

Official estimates from the European Union suggest that, in 2017, labs in the EU killed off 12.6 million animals before they were ever used in studies. That's even more than the total number of animals actually used in research facilities - which is 9.4 million creatures. Most of the animals are executed after researchers determine they won't be a fit for particular studies underway, and then since the labs have no reason to feed and house the creatures - or keep them alive at all - they simply snuff them out, like their lives meant nothing.

Most of these culls are carried out in the most simple, heartless, cold way possible: with the click of a button. Researchers pull up an animal on a computer console and, just as though they were ordering a sandwich or playing a computer game, they select the "death" option and that's it. Then, the vast majority of these animals are killed using fumigation by carbon dioxide.

Luckily, in Germany, this could be about to change. The country has strong protections for animal welfare, and prohibits any person or group from harming or killing animals unnecessarily. Back in 2019, a court determined that these laws also protect farm animals, so farmers can no longer kill off male chicks that are deemed worthless because they cannot lay eggs. Now, prosecutors in one German state want this legal protection to also extend to the millions of unused animals at research sites.

Most experimentation centers are furious about this change. However, one boasted it has since updated its computer software to force researchers to consider rehousing or transferring excess animals instead of instantly killing them. This proves that there are other ways of operating these facilities. They don't have to be the sources of constant mass murders!

All research facilities must stop killing these helpless "excess" animals! Surely researchers can find other ways forward. Sign the petition now if you agree!
Sign Petition
SHAREShare With FriendsTWEETEMAILEMBED
Sign Petition
See more petitions:
You have JavaScript disabled. Without it, our site might not function properly.