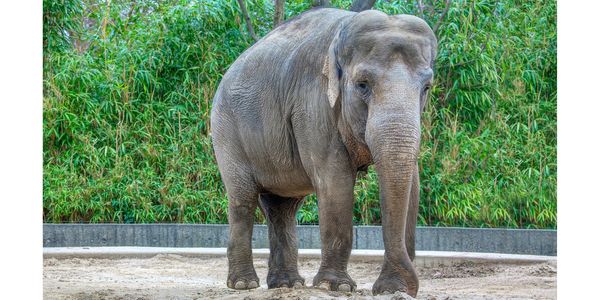 *CARE2 UPDATE* Thanks to immense public pressure from activists like you, the Fort Worth Zoo in Texas has cancelled their dirty deal with Ontario's African Lion Safari, which would have torn elephants Emily and Nellie away from their calves and their herds and doomed them to a miserable life of captive breeding in Texas. While this news is worth celebrating, we need to keep the pressure on -- the elephants in these zoos are safe from transfer, but they still remain captive in North America's first and second Worst Zoos for Elephants. Keep signing and sharing the petition demanding that both of these zoos send all of their elephants to sanctuaries!

Ontario's African Lion Safari has shamefully earned the number one spot on the Worst Zoo For Elephants in North America list. Now they want to sell their elephants to the SECOND worst zoo on the list!

Sign to demand this sale be cancelled at once, and that all elephants from both of these horrible facilities be sent to sanctuaries!

Animal rights groups say a price this high for the sale of elephants encourages the capture and trafficking of elephants around the world.

In Defense of Animals warns, "African Lion Safari is a cruel, dangerous, and profit-driven business supported by zoos. This zoo, and others doing business with it, operate like an elephant-trafficking cartel."

The Fort Worth Zoo has filed an application indicating they want to add Emily and Nellie to their breeding program, expanding the number of elephants in their herd. This is a common exploitative tactic of zoos to increase customers.

The Performing Animal Welfare Society (PAWS) says of the plans: "The only word to describe this deal is obscene."

African Lion Safari has already been criticized for their use of bullhooks and sharp tools on defenseless elephants, now they want to separate two of them from their herd in a traumatic move to Texas.

The only place for African Lion Safari's elephants is in a sanctuary. Stand up for captive elephants in zoos and sign the petition to demand they are all sent to an accredited sanctuary for life!