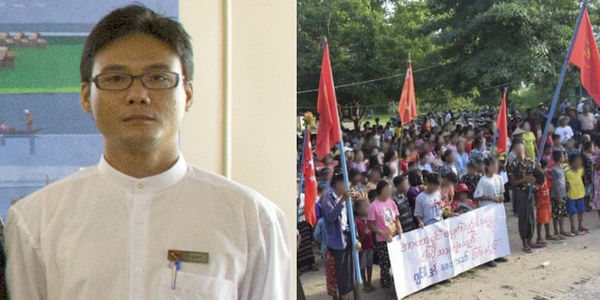 Myanmar's Military Junta Just Officially Executed Its Own People, for the First Time in 34 Years

Last February, Myanmar's democratic government fell to a violent military coup - and the ruling junta has been on a mission to abuse human rights.

Just recently, on July 25, 2022, the military junta sent new waves of terror through the country. In a brutal move, the junta announced it had executed four leading pro-democracy activists, including a former member of Parliament. As many as 70 other political prisoners are also facing possible execution.

There is no excuse for such ruthlessness. Sign the petition to stand with pro-democracy groups in Myanmar, and demand action from international leaders!

Their names were Kyaw Min Yu ("Ko Jimmy"), Hla Myo Aung, Aung Thura Zaw, and former MP Phyo Zeya Thaw. They left behind not only a populace that looked to them with hope, but also loved ones left to suffer this untenable cruelty.

These state-sponsored murders mark the first death sentences in Myanmar for 34 years. As military leaders grow more and more violent, in an attempt to instill terror in the entire Burmese community, they are escalating threats against anyone who dares to speak their mind.

Authorities arrested the four activists last year, and held trials against them in secretive closed-door sessions with limited evidence. As Moe Zaw Oo, deputy foreign minister for the exiled Myanmar National Unity Government, explained: "These were political prisoners. ... They killed them without any of the right procedures, without any due process." We do not know exactly how they were killed, but previous executions in the country were primarily carried out via hanging.

In the cruelest twist of all, authorities did not inform family members when the executions would come. Spouses, children, and other family visited the prison as recently as four days before the murders, without knowledge that it would be their final farewell moments. And even now - weeks later - junta officials have not allowed them to even reclaim the bodies of their martyred loved ones.

Thazin Nyunt Aung, the wife of slayed dissident Phyo Zeyar Thaw, said the junta "is killing and hiding bodies away."

Leaders in the international community have sent out brief statements condemning these chilling executions, but we all know that such words are not enough. The Myanmar military junta does not care if the U.S., France, or China writes them a sternly-worded letter. Scores of other political prisoners are sitting in prisons, knowing their turn at the gallows is next. We must demand that our leaders take decisive action, now!

Civilians should not have to fear for their lives. As an international community, we must gather together to loudly oppose the Myanmar military junta's calculated terroristic attacks against its own people. Sign the petition to demand that nations across the globe take measures to protect human rights in Myanmar!
Sign Petition
SHAREShare With FriendsTWEETEMAILEMBED
Sign Petition
See more petitions:
You have JavaScript disabled. Without it, our site might not function properly.