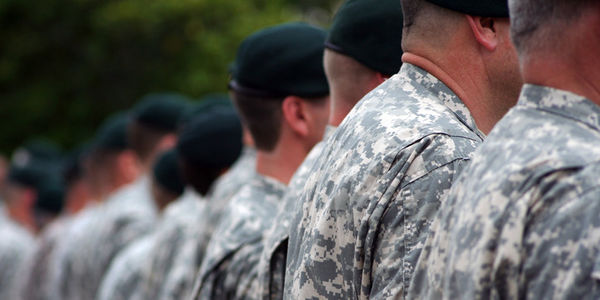 Interpreters who were critical to operations in Afghanistan now face torture and death from the Taliban after the sudden withdrawal of U.S. troops from the region.

U.S. and NATO forces are scheduled to complete their full withdrawal by August 31st, but Afghans who risked their lives to work with foreign governments now face serious threats to their families from the Taliban.

"If Canada does not act immediately, me and my wife, my daughter, and my brothers will be captured by the Taliban. They will hang me, shoot me and cut my head off. They will kill my wife and daughter. They will kill my brothers … you promised me my family would one day come to Canada [and] enjoy the peace that your family enjoy every day."

American and Canadian military veterans have expressed fears that plans to evacuate their colleagues in Afghanistan to safety have not materialized.

Veterans groups and lawmakers are worried that the U.S. evacuation effort, dubbed Operation Allies Refuge, is moving too slowly to protect the roughly 18,000 Afghans seeking visas to U.S. territory.

Adam Bates, policy counsel for the International Refugee Assistance Project, told NBC News: "We continue to be concerned about the lack of any announced plan to protect the thousands of other Afghan allies languishing in the years-long application pipeline. The threats they face and their need for protection are no less urgent just because the government has taken so long to process their applications."

In Canada, many military veterans have been paying out-of-pocket to help their contacts in Afghanistan get interpreters to safety.

Corey Shelson is a retired Canadian Forces captain who helped his former Afghanistan interpreter and his family escape from Helmand.

"This is a massive humanitarian crisis. And a hodgepodge group of veterans and their friends aren't gonna be able to solve this problem. This requires a national level strategy. We believe we have the moral obligation to do the right thing."

Demand that the American and Canadian governments accelerate evacuation plans for the families of our Afghanistan allies who risked their lives to support our troops.