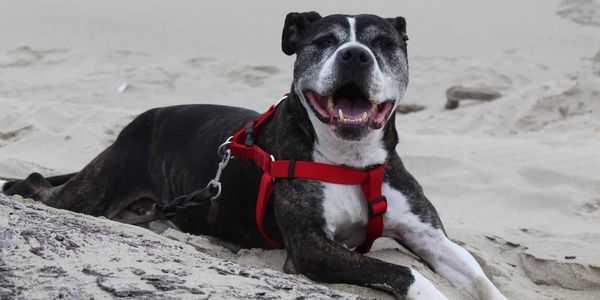 By signing this petition you are demanding that Oregon Coast Humane Society (Florence, Oregon)

Dodger was a senior pit bull who had been at Oregon Coast Humane Society (OCHS) for 10 years. He lived in a small kennel space with concrete floors, limited exercise, and no bed to lie on up off of the floor at night time. He developed arthritis and was euthanized this week because of it. Stakeholders who went to the most recent animal welfare meeting were not informed of Dodger's apparently deteriorating condition. Volunteers, who interacted with him on a daily basis, were not notified of board member Jerry Hatcher's decision to kill Dodger. Other board members were not even aware of Dodger's death sentence. However, most concerning is that their Animal Welfare Committee did not meet to discuss it. The very serious decision of ending an animal's life was left up to a few people without formal policy or procedures being followed. Additionally, the board has refused to disclose full medical records so we don't even know to what extent therapies were tried for Dodger's arthritis.

It's important to note that this past year OCHS has refused offers to let Dodger go to a hospice foster home or be transferred to Best Friends Animal Sanctuary, SevaDog in Eugene Oregon, or Sacred Animal Sanctuary. OCHS has also refused the offer of free marketing/networking for their hard to place animals. This violates the No-Kill equation of not collaborating with other rescue organizations. OCHS has demonstrated their lack of being a "team player" by refusing safe passage for Dodger.

Multiple board members have failed to produce OCHS's current euthanasia protocol or to confirm that a functional overseeing committee even exists. There is no transparency or accountability in end of life decisions; this must change! As an advertised "No-Kill" organization animals with treatable conditions must not be destroyed. Which leads us to the other dog that was recently killed under OCHS's new leadership, violating OCHS's No-Kill policy.

Karma was a senior australian cattle dog mix who was at the shelter for 8 years. She was diagnosed a few months ago with a torn cruciate ligament and euthanized because of it. In her medical records the vet wrote "Because of age and disposition euthanasia performed." OCHS president, Jack Hannigan, posted on social media that "She broke her elbow and was in terrible pain" as justification for his decision to have her killed. This completely contradicts the No-Kill philosophy. Surgery to fix a torn cruciate ligament is common with high success rates. Euthanizing due to age and disposition definitely violates the No-Kill policy.

The community is very concerned about the welfare of the following dogs; Jill, Raider, and Bullwinkle. We will be watching closely that these adoptable animals are not needlessly killed. Raider had been waiting, out of public view, for 3 YEARS for a behavior assessment! Sitting in his cell with no chance of adoption (not listed on their website, no training, no networking) as the public doesn't even know he exists!

This shelter is a non-profit 501(c)3 organization that is well funded by donors and has over $2.4 million in assets. Yet they refuse to offer behavioral enrichment programs, training/socialization, or even "outings" that the dogs once enjoyed (off property hiking). We urge you to ask questions before making another donation. OCHS dogs need more opportunities for movement and mental stimulation. Their bodies have suffered as a result of providing the most basic of care - beds to sleep up off of the concrete floors. The emotional states of these animals are also significantly deteriorating with lack of stimuli. OCHS' lack of basic care for their animals is inhumane and unacceptable!

SEND THE SHELTER A CLEAR MESSAGE;
****WE ARE WATCHING & EXPECT FULL TRANSPARENCY****