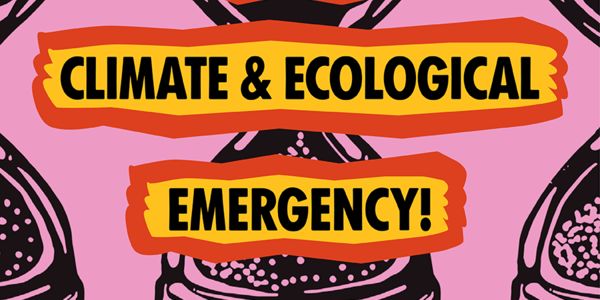 Responsible scientists are unanimous in telling us—again and again—we are in the midst of a climate and ecological emergency.

Cities and countries around the world have publicly declared, "This is an emergency."

In the United States, President Biden has assembled the kind of cabinet and taken enough quick executive actions to show he gets the gravity of the situation.

An essential next step is for him to formally declare a national emergency concerning the climate and ecological crisis.

He has the authority to do this under current law. It would give him a vital array of powers that are needed now. He could implement regenerative and circular solutions.

Senate Majority Leader Schumer has called on Biden for such a declaration: "If there ever was an emergency, climate is one…..We don't have any more time.″

– Mobilize people, resources, and companies on a scale even vaster than that of World War II to urgently mitigate global warming and adapt to its impacts. This must be a wide-scale, inclusive, and equitable transformation and rebuilding of our society to one based on renewable energy, dignified employment, and economic opportunity.

– Democratically transition to a zero-greenhouse gas emissions economy in ten years or less. This must include a just transition for workers and frontline communities that keeps fossil fuels in the ground.

– Protect the entire web of life by working to end the sixth mass extinction. Protection of biodiversity is critical to our survival.

– Prioritize funding to repair the damage caused by fossil fuel and other extractive industries, so that Indigenous tribal communities, communities of color, and rural communities hit hardest by environmental injustice can have clean land, air and water.

In order to equitably decide how to use these Presidential powers over the long run and to get the public-at-large on board while mitigating political backlash:

– Convene a National Climate Assembly which gives a truly representative group of Americans—from all walks of life—responsibility for creating a bottom-up, bi-partisan roadmap to a green and sustainable future.